Deoria Tal Chandrashila Trek - Into the Woods, Onto the Clouds

The path ahead of the Tungnath temple is a little fight to climb. The broken rocky patches followed by the muddy portions of the trail give the hikers a tough time. We made our way through the desolate trails to reach the point from where on, it was all snow that we could walk on.

The trail disappeared and it was just the thick snowy road ahead of us. This is where the pack really split into pieces. We all tried to follow the foot-steps on the snow but could barely stand the cold. The chilling breeze made matters worse.

But the astonishing beauty of the place kept us going. We could see the temple at the Chandrashila peak far from our reach. but we were on our way. 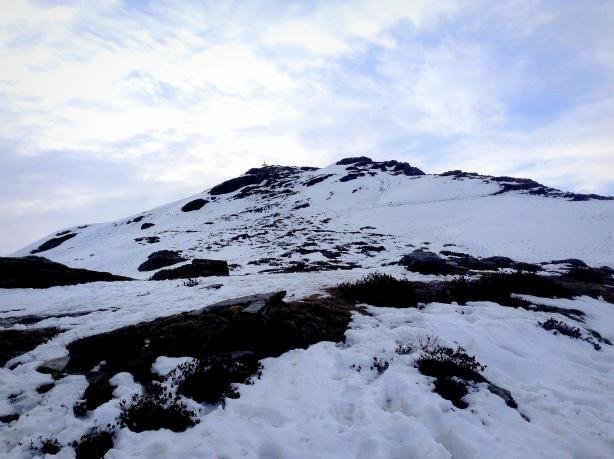 The paths were laden in white. The adventurers were high enough to quit & head back. 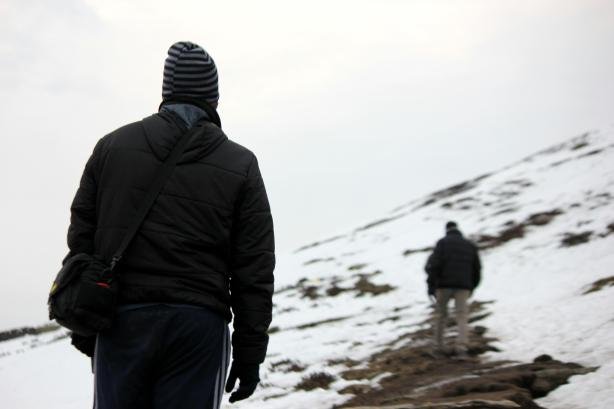 The memory of that instance is still fresh in my mind. I dreamt of scaling down a mountain & it was coming true. We were on a steep incline with nothing but snow under our feet and a terrifying valley staring at us from the swallowing heights.

The terrain challenged our bodies but could seldom move our thoughts of making it to the summit. We slipped several times, lost tracks of the foot-steps, and got stranded on those unforgettable heights with nothing but the ravishing peaks of the Himalayas glancing at us.

It was a scene out of a moving canvas & we were all the characters of the play. While the conditions tested our mettle, we defied all odds & made it to the peak exactly after 3 hours of climbing through the rock. 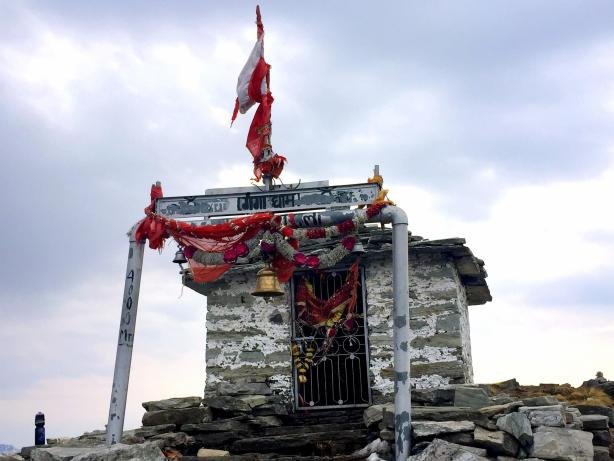 I was tremendously tired. So I took to a rock and rested there for a while as others bowed down to the temple porch & worshipped. I couldn’t bear the breathlessness. At the same time, I was overwhelmed that I had made it to the summit.

Every mountain around us looked up onto us. The blue frozen skies rested above us and there were horizons in any direction we could turn to. We were higher than the heights we once looked at with dreamy eyes. I thanked God for giving me the strength to keep going.

The view from the summit

It was a dream come true! I was there. 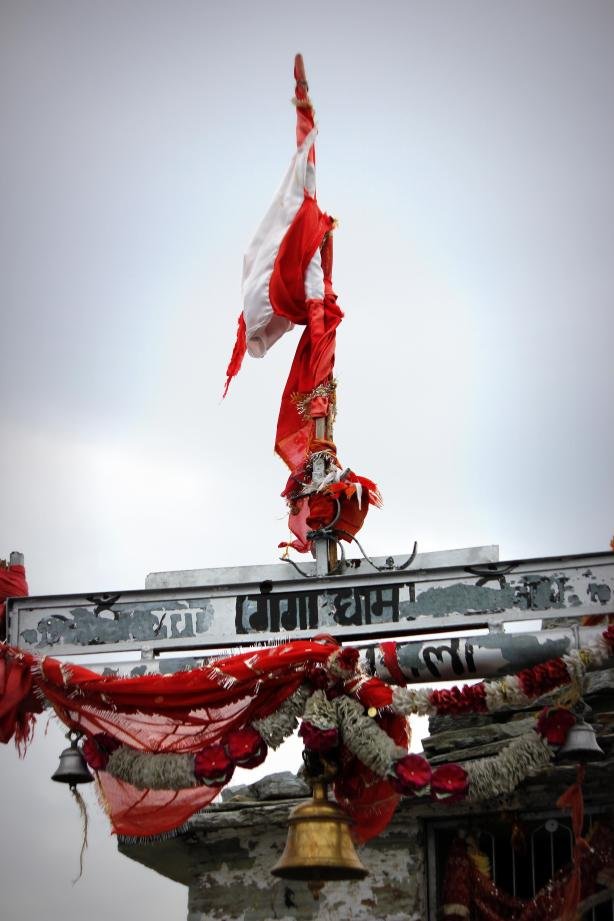 The bells rang amidst the feeble silence of the mountains 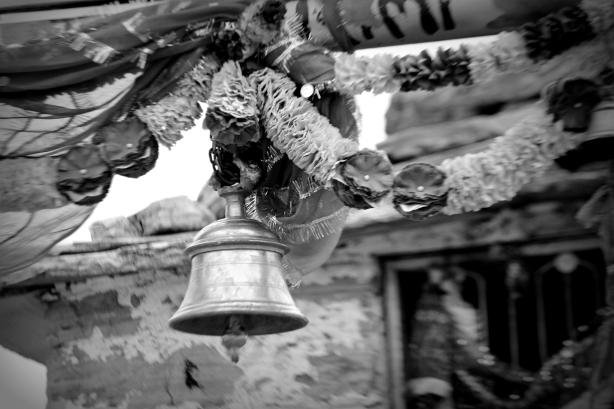 The famous contraptions at Chandrashila 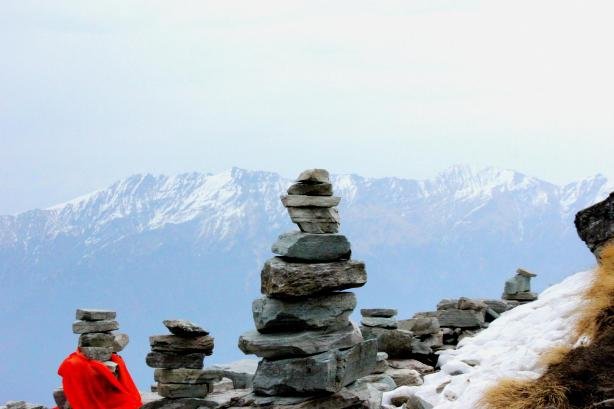 We had just been 10 minutes on the “Moon Rock”, and the weather Gods decided to turn the tables. The dark clouds from the valley on our side descended towards the trail we had just climbed.

The fierce sounds of the winds gave us chills. In view of the depreciating weather conditions, we decided to fall away from the summit. We managed to click a few pictures but all in vain. It was too cloudy in the distance, and the astonishing views of Himalayan peaks that Chandrashila is well-known for were missing.

But nevertheless, we were there and we were delighted. 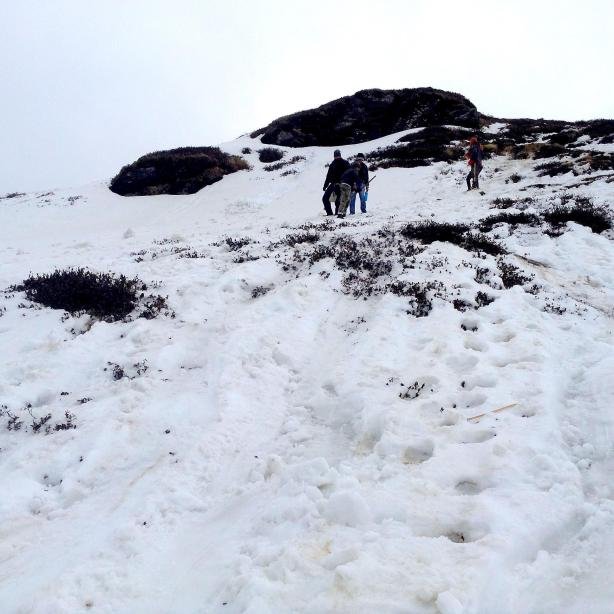 Just couldn’t believe we had been up there & back; a face-off with reality 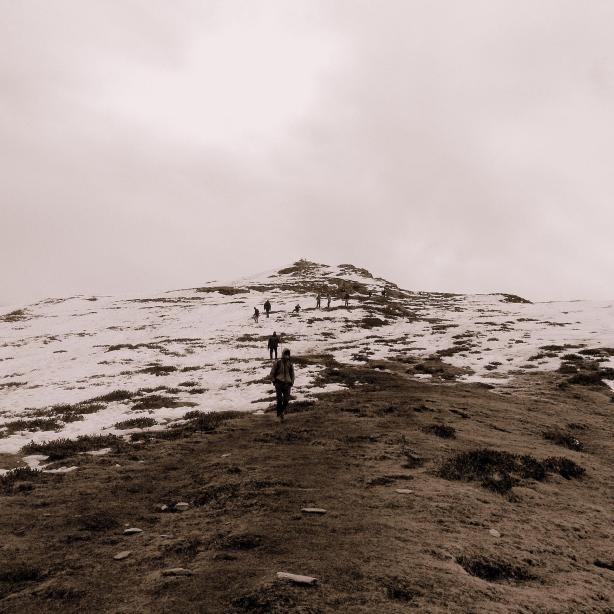 This is what we missed on our way up. Thanks to the flash-lights we didn’t end up on a wrong mountain… 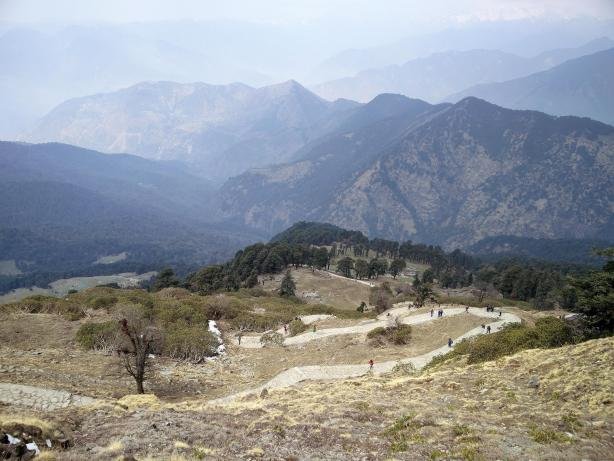 That was the best sip I’d ever had. Cheers to wanderlust. 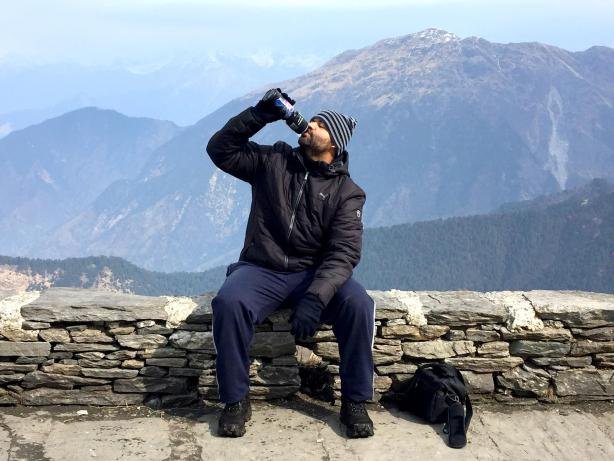 I found dropping down from the height much easier than climbing on a slippery trail. Also, I had gained more confidence & was not afraid of the valley upfront absorbing me in itself.

We took generous time in getting down to Chopta by noon, not because we were tired, but because we wanted to absorb the striking aura of the Himalayas a little more on those heights.

The rest of the day was spent taking ample rest till the evening and taking distant strolls down the Chopta township. We enjoyed the lovely dinner prepared by Bikat’s local team, by the soothing camp-fire on that freezing night. I couldn’t have asked for a better getaway than getting lost in the realms of nature.


Sunset at Chopta; a well-deserved feast for us 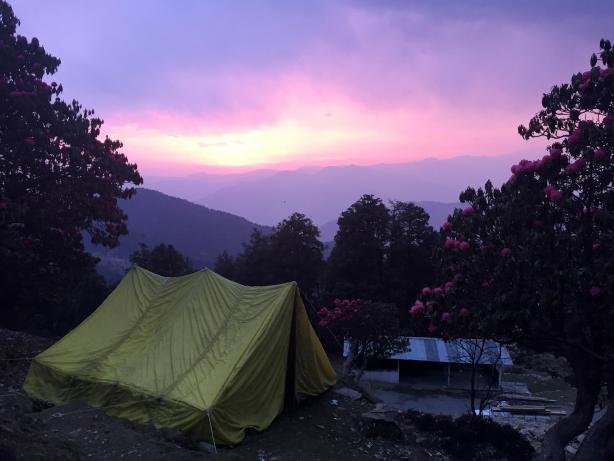 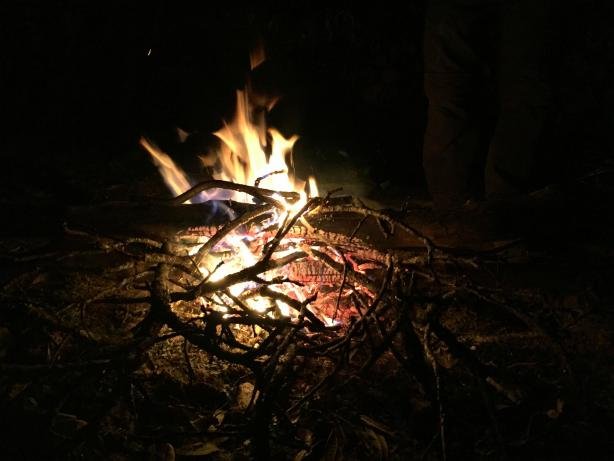 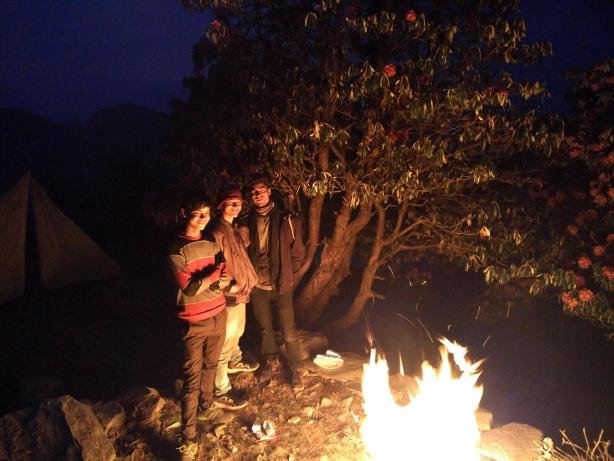 So Why Climb the Mountains?

Looks like this question is going to be there for a while; since I’m juggling with countless thoughts on what to recollect from the journey. We continue living our lives, doing the daily chores & gutting it out with the social stereotypes. However, we seldom realize the true worth & fragrance of life while we are at it.

My message is clear. We’ve got to look beyond the horizons of conventional paradigms & step into the conscience of the fruitfulness this world has to offer. Traveling to the mountains makes me fall in love with the very worth of life & that’s why I wander.

Look for a reason fellas, a reason worth toughing it out for. In the end, that’s all that matters. Take a light moment & talk to yourself. I’m sure you haven’t done that in a while! Expression is of utmost importance & we tend to express in different ways. But speaking one’s heart out never goes out of style.

My travelogues reflect each moment I spend wandering on unknown roads, among unknown faces. My scheme of things might look crazy to some of you, but where people might see the craziness, I see inspiration & freedom.

This makes me want to shout out the message loud & clear; that when we start believing in our dreams & our passions, things tend to fall in place. That there’s one thing in our lives that could give meaning to our thoughts. That there’s a road to nirvana & we ought to take it if we seek to change. And on the way, we’d inspire life. I will be my best while I’m out there, living it up!

A million thanks to my friends who accompanied me on this trek & the organizers for setting things right. Pankaj, you’re the man buddy, thanks for the exceptional guidance throughout.

Getting lost in the wilderness is a wonderful stroke of luck; and with you guys, it was fun-n-frolic. A special thanks to Sonu & Prakshal for their incredible contributions to this photo collection. I owe it you guys for the support. Cheers to those who love to wander.

Travel is my inspiration & I shall always be lost in what I feel gives meaning to my life. Looking ahead to higher grounds & mightier challenges. How about you? 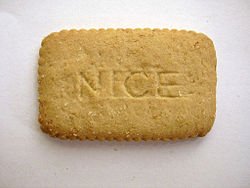