Staff member
HPPWD rest houses are a great place to stay and specially for people traveling on a budget. These government run hotels / guest houses will never cost you too high; and are always very well maintained. Best advantage however in my opinion is of location. No matter where you go, an HPTDC rest house will always be at the most scenic spot. This theory I have found to be correct with most of the rest houses that I came across with an exception of HPPWD rest house Chitkul. I recently was on a trip and had the misfortune of staying at this rest house. After what definitely was an unpleasant experience, below is a short review of how my stay here was; and why I must ask you to look for a different hotel if you were visiting Chitkul.

I arrived In Chitkul a bit late in the evening that day and to be quite honest, ended up staying at the rest house completely out of confusion and for trying to be nice. It was not my first visit to Chitkul. I have been here a few times before as well but never stayed at the HPPWD rest house because Chitkul is one of the places where I did not like the location of it. Other hotels and guest houses are better located so I always opted to stay there. This time however, I decided to check out the rest house and the night here turned out to be one of the sour ones of my trip.

One of the common factors about all the rest houses is that the caretaker will be missing at most of them. Second common factor is that they will take some convincing before allowing you to stay even if you had previous booking. This however is not the case in Chitkul. Caretaker here will always be available and will let you stay at the very first ask. Same thing happened with me. The caretaker readily agreed to let me stay and first showed me a room at the ground floor. My intention was just to see how the rooms were but the caretaker was so eager for my stay that I ended up feeling a little bad if I didn't. The condition of the room he first showed me was really bad and there was no way I was going to stay there. He I think sensed it by the way I reacted and immediately said that he will give me the “VIP Room” at the first floor.

When I asked him to show me the so called VIP room, he told me that he is getting it cleaned and ready. I in the meantime decided to go get something to eat as I was practically starving at that time. I returned an hour later and below are a few pictures of what was waiting for me in the name of VIP room. 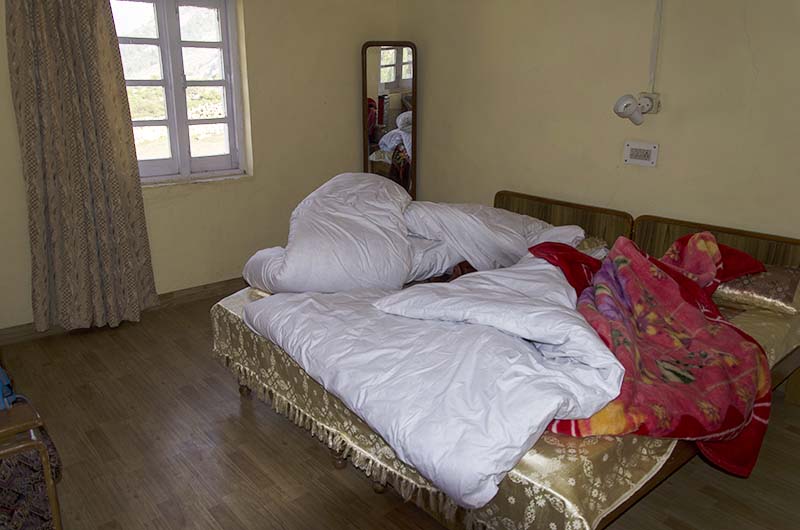 I wanted to say No and go look for a different hotel but did not want to rob the caretaker of a few hundreds he could make. By his eagerness, I could make out that he was really desperate for the money. I decided to then ignore the condition of the room and stay nonetheless as I was anyways going to be gone the next morning. He charged me Rs. 700 for it and I did not negotiate down. I asked him about food and he said he can cook for me for Rs. 150 per person if I wanted to. I however went out again for a late evening walk and ate at one of the local restaurants rather than asking the caretaker to cook.

The condition of the bed was similar to that of the room. The bedsheets, pillow and the blankets had a weird smell in them and my night was a very uncomfortable one. Somehow the morning arrived and another surprise awaited me. There was no water in the washrooms; not even a single drop. When I asked the caretaker, he said it was because of a broken pipe which he was trying to fix. After waiting for about 2 hours, the problem was not fixed and I ended up doing my morning business in one of the dirty washrooms at the ground floor; which I guess was used by the caretaker and some other local people as well.

I packed up my stuff and when I handed over the Rs. 700 as room rent, the caretaker asked me for another Rs. 300 for food for 2 people. I told him that that I never asked him to cook and never ate to which he started arguing with me. I could barely understand what he was saying in his weird accent but could make out that he was throwing insults at me in sentences like “Ham aap Delhi walo ki tarah baatein banana nahi janta”, “Ham pahadi log aap Delhi walo ki tarah beimaan nahi hote” etc.

I never asked him to cook for me and even if he did, he never even invited me to come and eat. I was there at the rest house all evening and night and never for even once that guy told me that my food was ready. But he just wouldn't listen and kept calling city people as "beimaan sheher ke log".

I swear I could have slapped him right there but knew that it would cause trouble for me only. I just gave him the 300 bucks he asked me and walked out of the dreaded place. If you are planning to visit Chitkul then this is one place that I must ask you to avoid. There are plenty of hotels here and you could stay at either of them but do not under any condition stay at the HPTDC rest house Chitkul. It is a very shabby, poorly managed and broken down place with a horrible caretaker who is desperate for money. Do not stay here.

Staff member
Some other pictures of this shabby place. 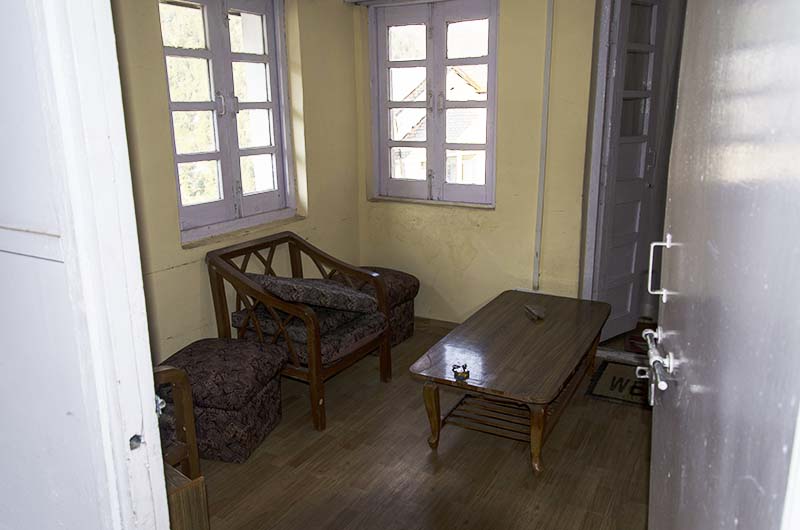 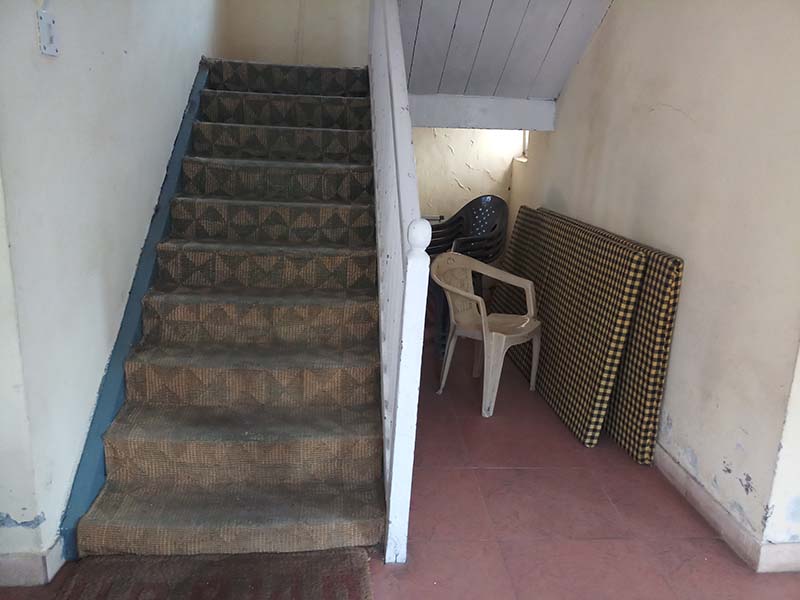 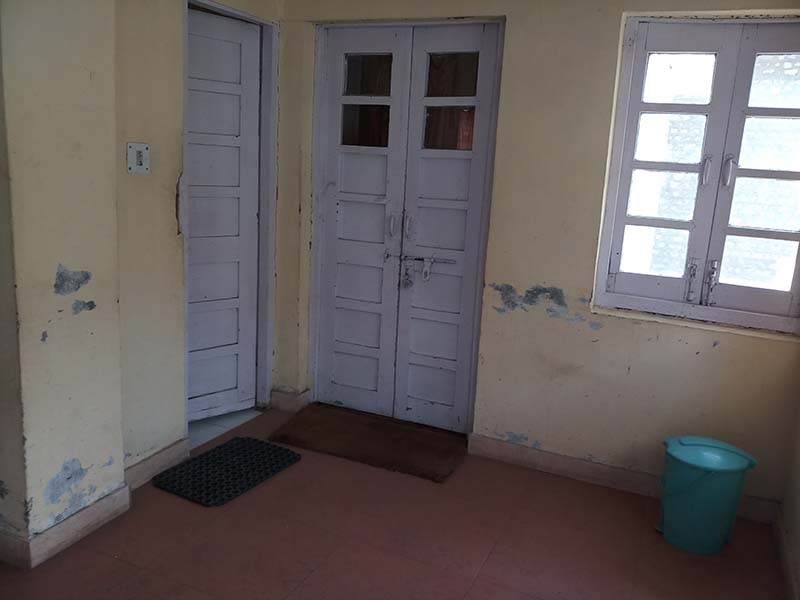 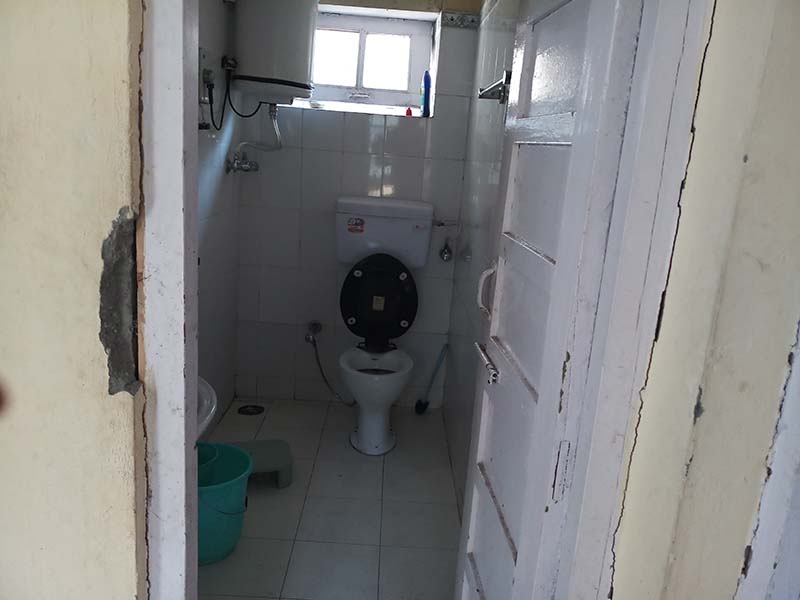