Staff member
Sharing a recent picture of snowfall in Manali. 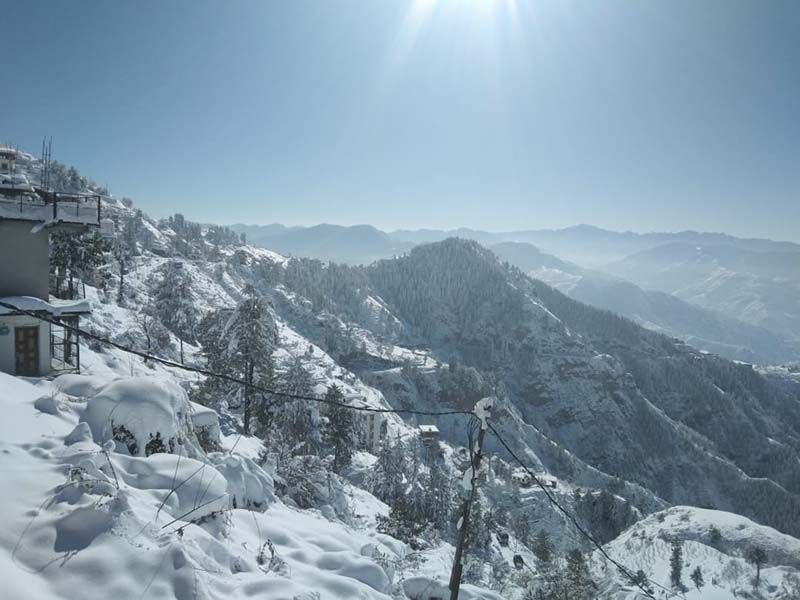 Staff member
BRO has now started snow clearing operation on the Manali Leh National Highway. The work has already started between Darcha and Baralacha La, after a puja being performed for the safety of BRO personnel engaged in the task.

The work to clear snow from Gulaba to Rohtang Pass was also launched on Friday; Feb 21st. Snow removal from Sissu to Rohtang would be commenced within next week. BRO and the General Reserve Engineering Force deployed with men and machines to clear the snow from the highway to restore traffic by April this year.

The snow-clearance operation is launched by the BRO in March every year but this year, it is being done in advance from February. Officials are hopeful that they will be able to open the road before May 15th

Staff member
The Leh-Manali highway, connecting Ladakh with Himachal Pradesh, is likely to be opened in the last week of this month, said officials on Thursday amid the snow clearance operations by Border Roads Organisation going on in full swing.
Brigadier Arvinderm, the Project Himank’s chief engineer, said the summer snow clearance is being carried out by his men in full swing with modern equipment.
“We are likely to open the road up to Sarchu by March 25 which is almost a month earlier than the previous year’s date of opening,” he said, adding the highway upto Sarchu is maintained by Project Himank with the responsibility to keep it open for the traffic.
He said the snow clearance operation is being carried from three points — from Upshi side to Taglangla Top (T-Top), from Debring side to Taglangla Top and from Debring towards Pang and Sarchu.
“It will be for the first time that the project Himank will open the road ahead of the schedule. Additional teams have been pressed into snow clearance operations on the highway,” he said.
The highway has been closed since November last year after heavy snowfall hit the region closing all traffic due to huge snow accumulation.
“Our teams are making strenuous efforts despite risks of snow avalanches on the highway. With rise in temperature, there are more risks of avalanches,” he said.

Does coronavirus has any effect on Manali tourism?

Does coronavirus has any effect on Manali tourism?
Click to expand...

It is effecting tourism everywhere Bhai ... Ladakh is shut down

BRO confirmed that they will be able to reopen Rohtang Pass by 25 April this year. Manali Leh Highway status is still closed and expected to open by the first week of May this year. Advance party of BRO had already reached Zing Zing Bar before mighty Baralacha-La. Seems like Covid-19 will spoil the dream of many to travel to Ladakh this year.
J