It was 1’o’clock in the afternoon when we chugged away from Manali. It was a latish start and a straight run would have led us to be in Delhi by late in the night, probably around 2 am. However, we decided to take the detour towards Prashar lake. A mini-destination that had been on our minds for quite some time, but one which had been neglected for more ‘delicious’ destinations and drives. The lake itself is small and flanked by an old temple which is quite revered by the locals. And with an altitude of around 2700 meters, it stands just above the treeline in a huge meadow - or a 'Bugyal' as they call it in this part of the world. At that altitude, the panorama visible from there is quite exquisite.

The detour itself is somewhere after Bhuntar at a non-descript town on the highway by the name of Bajaura. The detour itself is poorly marked, but the saving grace was that everyone seemed to know about this lake. I guess the temple makes it very popular among the locals as a picnic destination cum pilgrimage. The wide highway is replaced by a narrow tarmac road - but good enough for two vehicles to cross comfortably without breaking a sweat. One leaves the tarmac somewhere mid-way towards Mandi and starts climbing rapidly towards the lake. It is a long and continuous climb but with few switchbacks. This makes it possible to keep an average speed of about 20-25kmph even on those roads. The traffic was sparse, thankfully as there were plenty of blind turns.

These peaks are typically devoid of snow once summer hits Manali 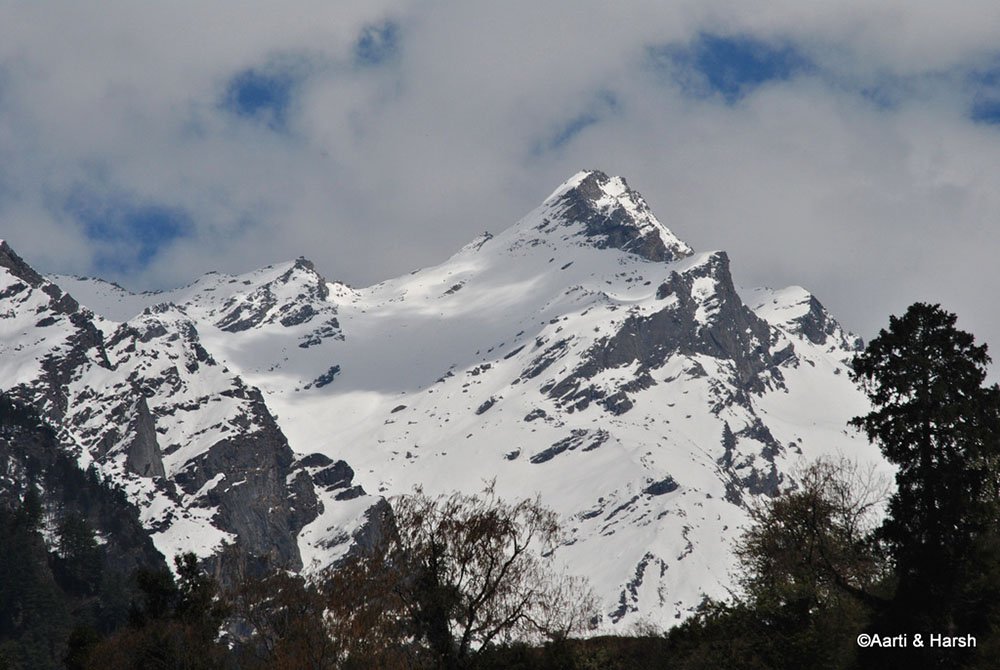 But till the time they lose all their snow, they look lovely 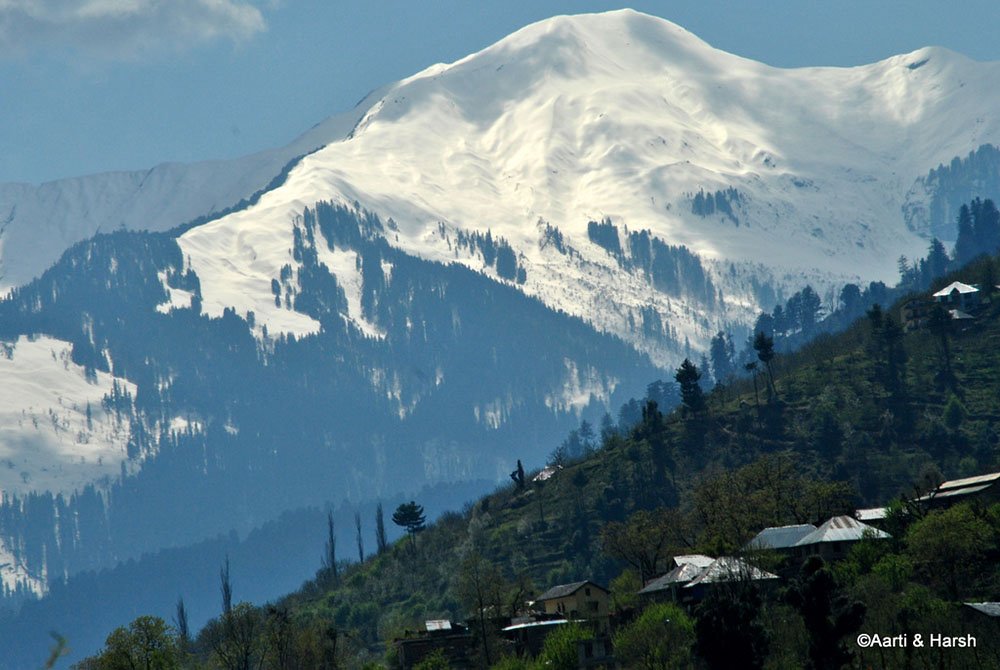 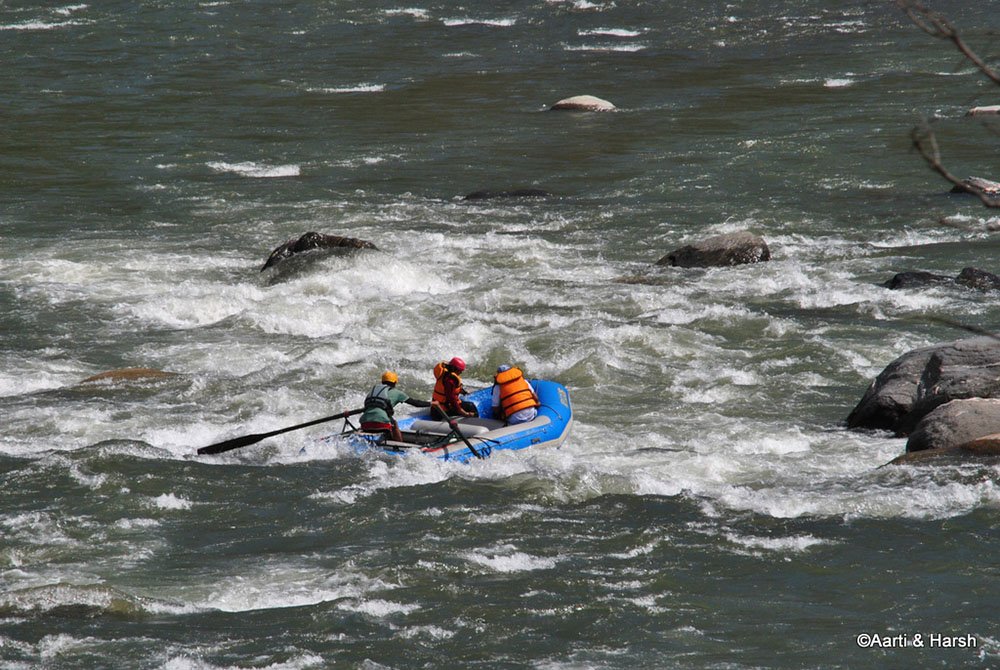 On the district roads towards Prashar Lake 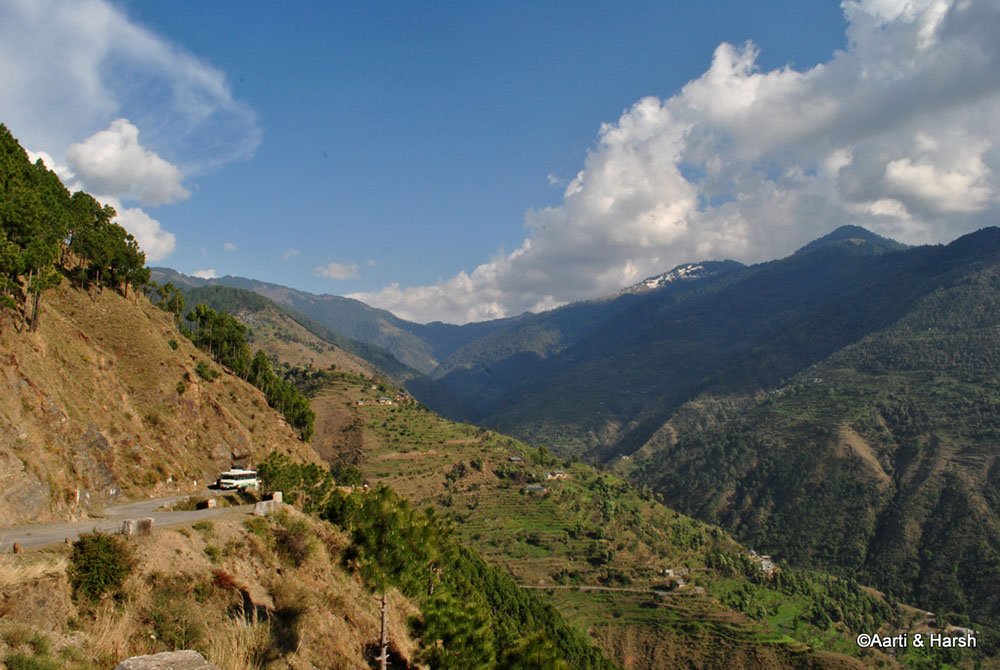 The road conditions were quite decent, except for being narrow 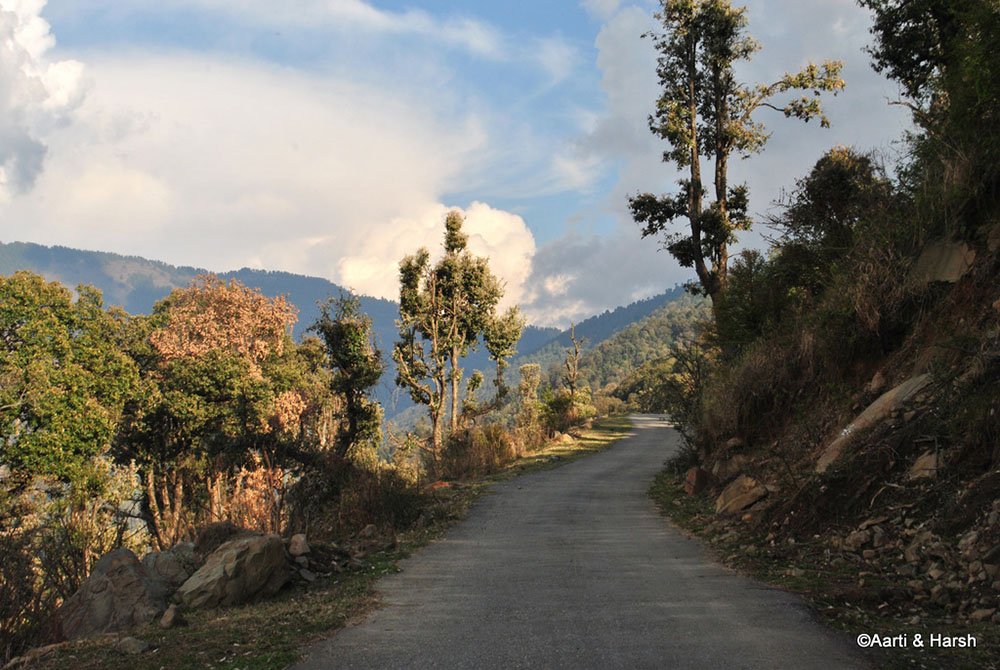 The last climb is through a thick jungle, where there are painful switchbacks - especially for a Safari with a horrible turning radius after which just out of nowhere the trees disappear and one is treated to a vast meadow. At the end of the meadow stands a Forest rest house and a PWD rest house both of which are lone buildings in an otherwise vast expanse. If one has the time and has booked them in advance - they looked like a really fantastic place to spend a night with the snow-clad Himalayan peaks for company. Sadly, by March haze takes over making for low visibility but I would assume Oct-Dec would be a fantastic time to stay here.

One walks a bit - hardly for about 10 min - from the parking lot to the ridge, below which lies the lake. At the ridge one finds a Dhaba doling out vegetarian goodies and is a pleasant surprise since the entire route is devoid of any Dhabas. Sadly, for carnivores like me, even eggs were not available owing to its proximity to the temple. We went down towards the lake to take a couple of shots, having been blessed with the first clear sunset of the trip.

Above the tree-line - approaching Prashar 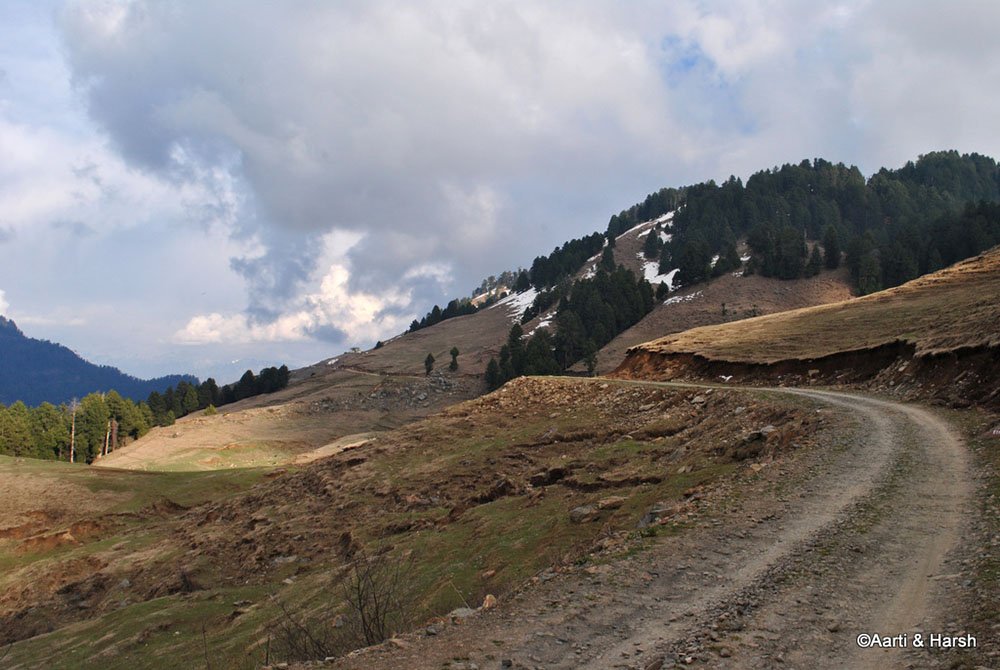 A flock of sheep crosses the road 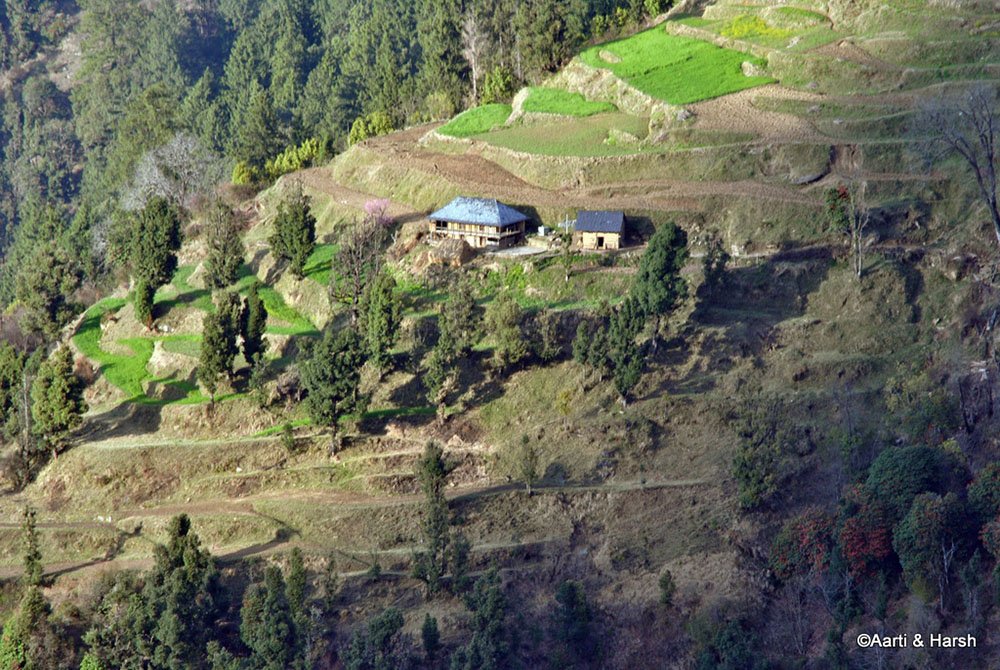 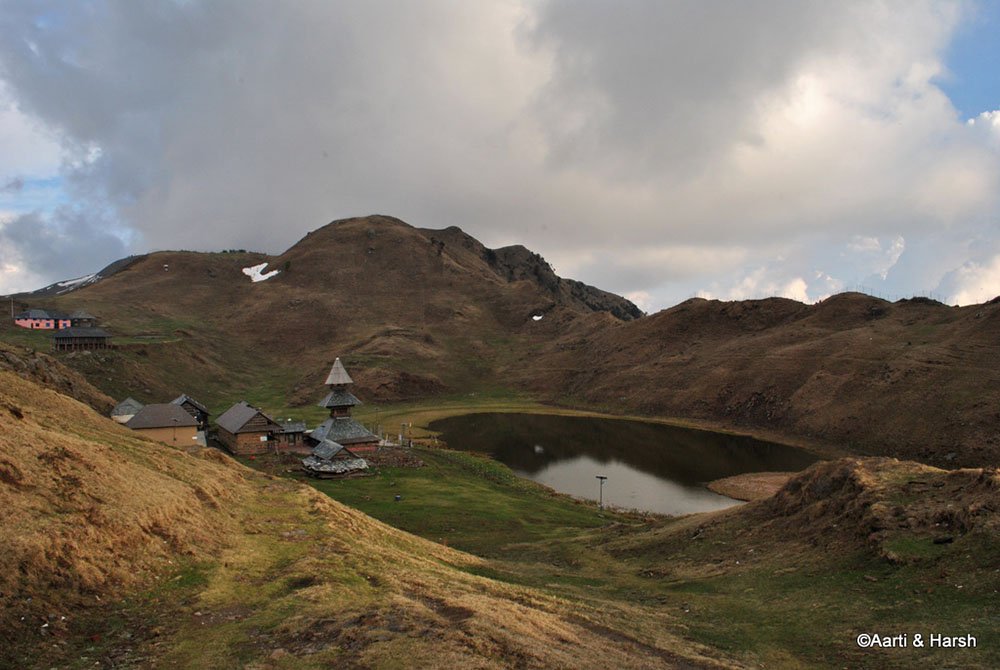 A wider view of the Prashar bowl

The dhaba at the ridge of the bowl 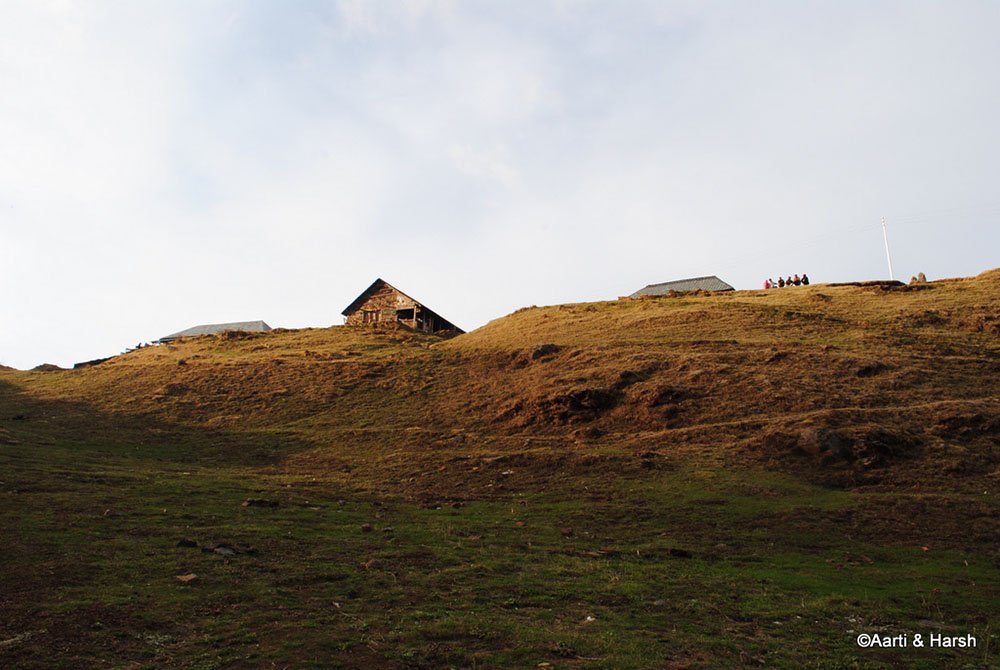 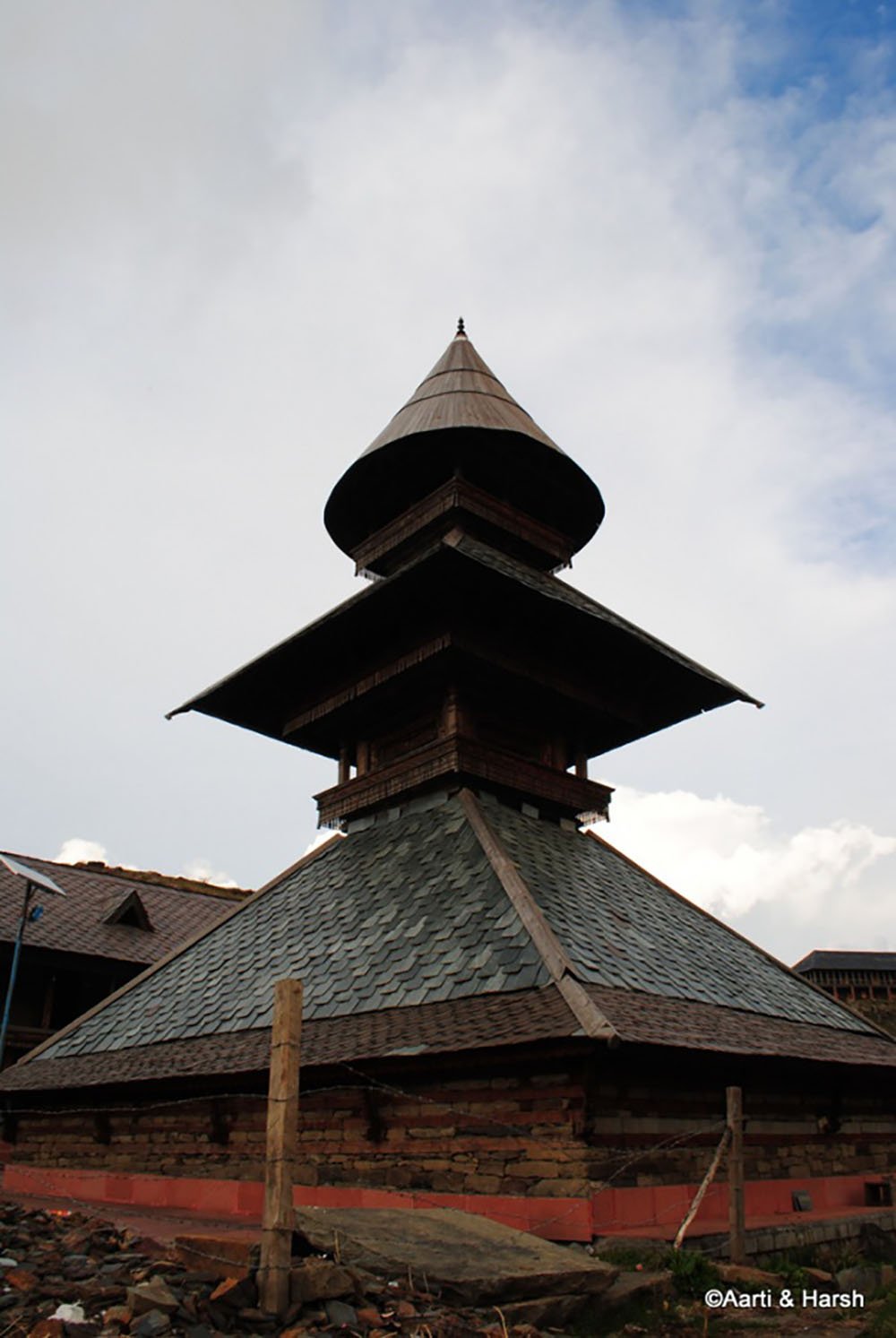 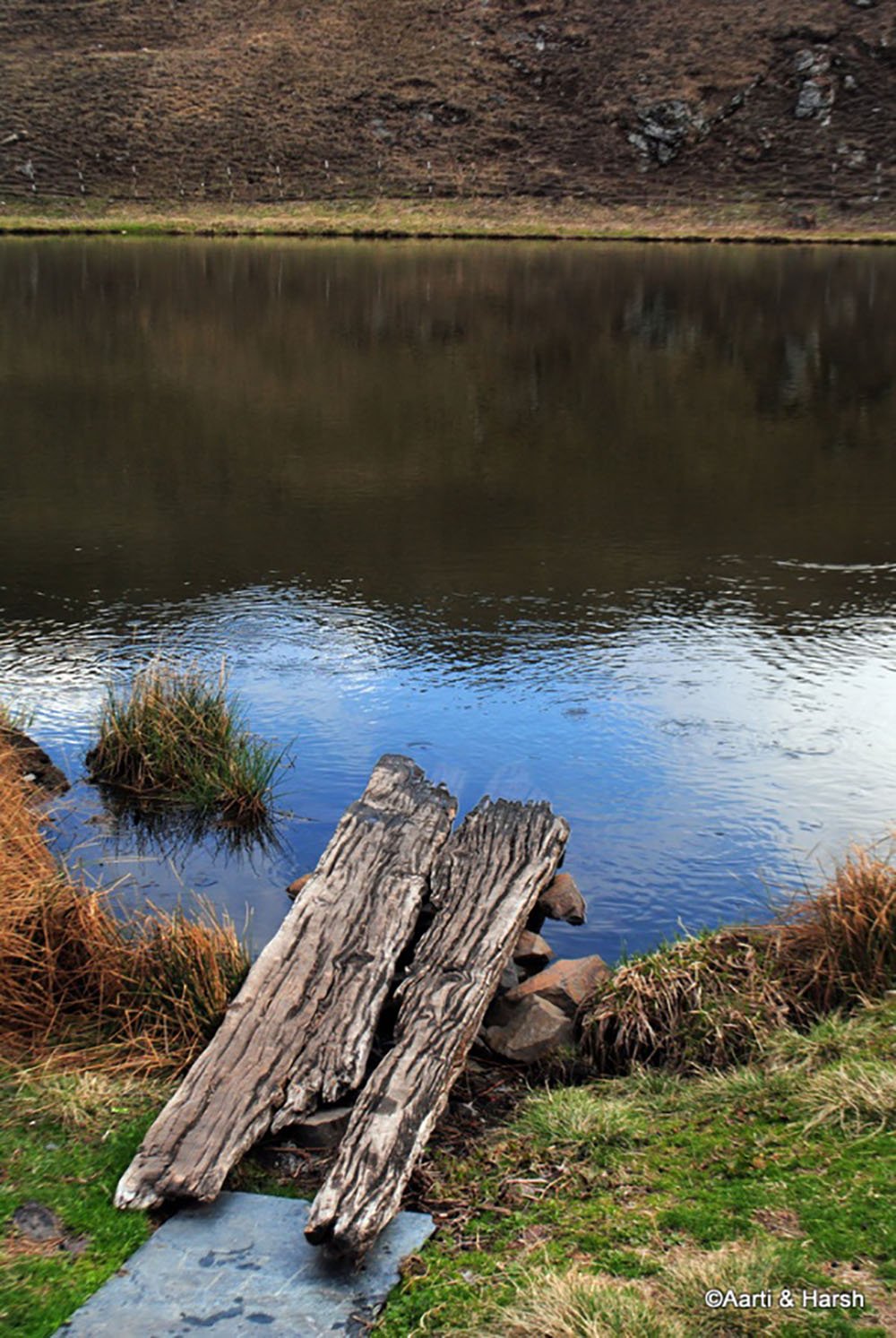 The last rays of the sun hitting the temple 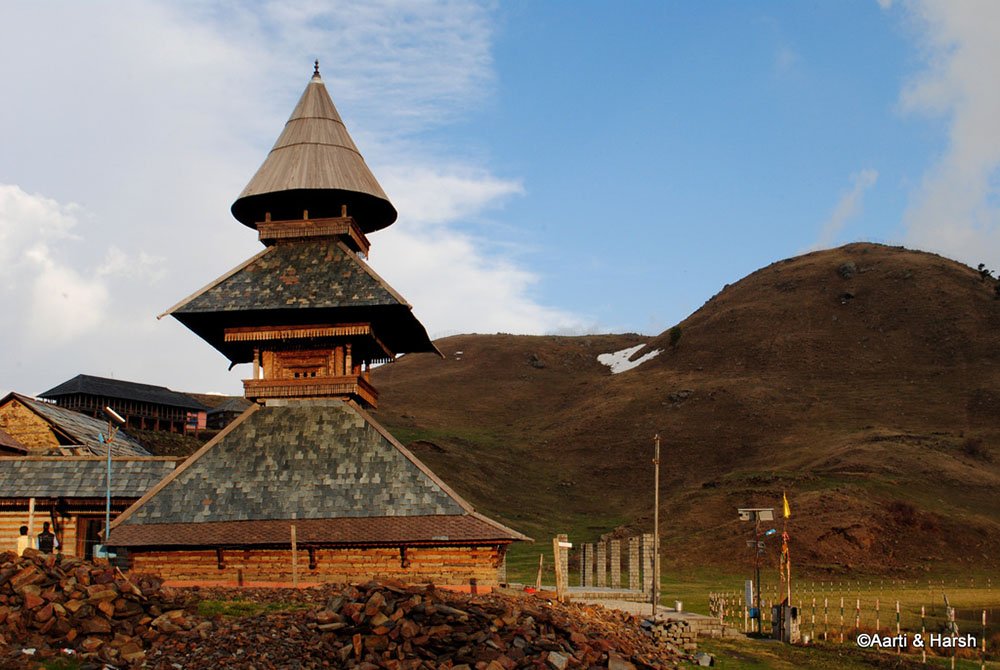 This PWD resthouse would make for an excellent night stay 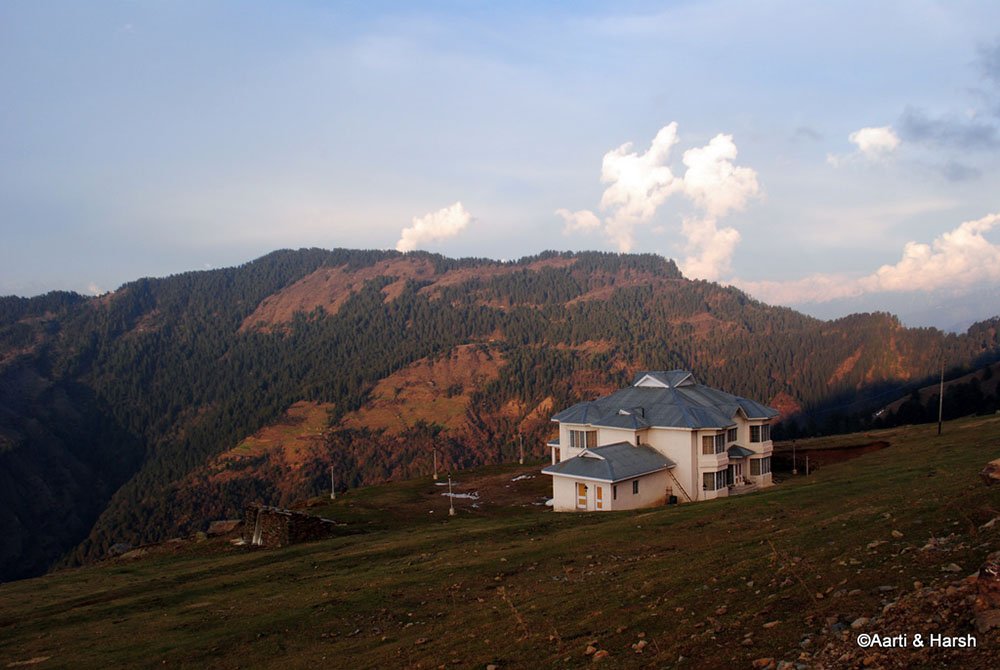 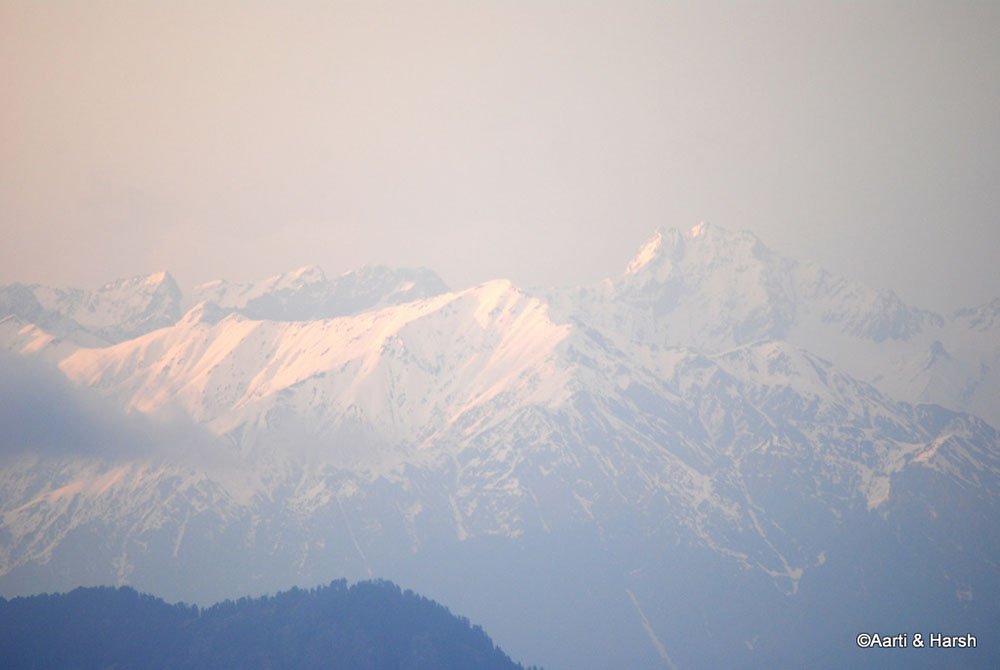 The fuel meter was nearing empty and it was time to pour out the spare diesel we had hoarded on what was meant to be a ‘Spiti’ trip. It was already 6:30 pm by the time we had rolled out - and a push all the way to Delhi seemed unlikely. We decided to crash the night at Bilaspur where we eventually managed to reach by midnight or a tad before midnight - stopping only for a dhaba pitstop for dinner. Our halt had always been the lake view hotel at Bilaspur, sadly it was completely booked that night, so we had to settle for some non-descript hotel that smelled of leaking cooking gas! 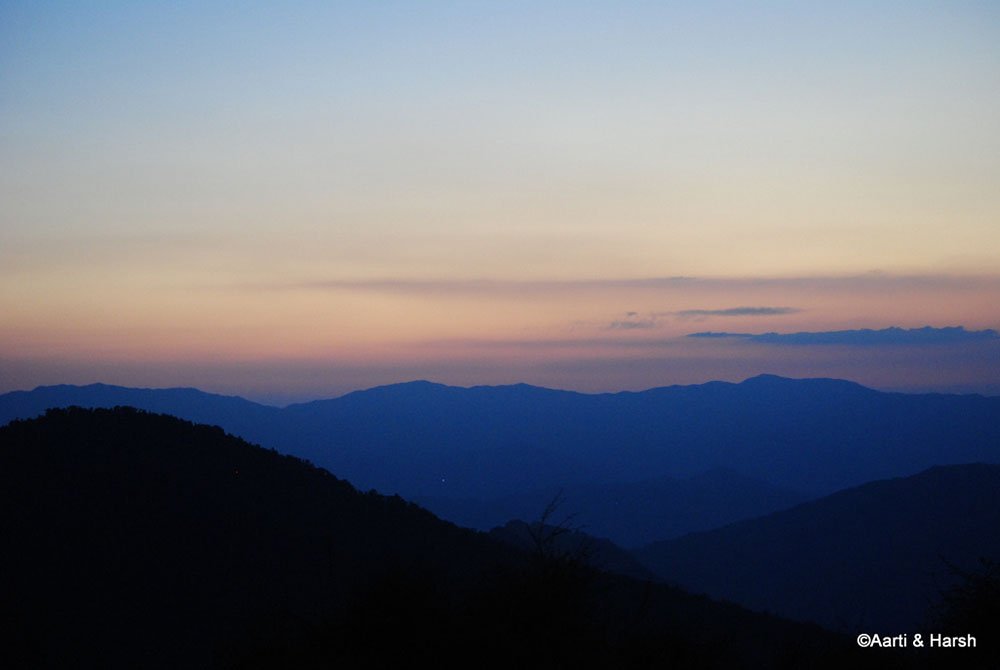 The under-construction IIT Mandi campus. Situated at a lovely spot and huge!

The drive back was uneventful. An early start saw us reach the plains for breakfast somewhere near Ropar and we arrived safely at our home just in time for lunch.