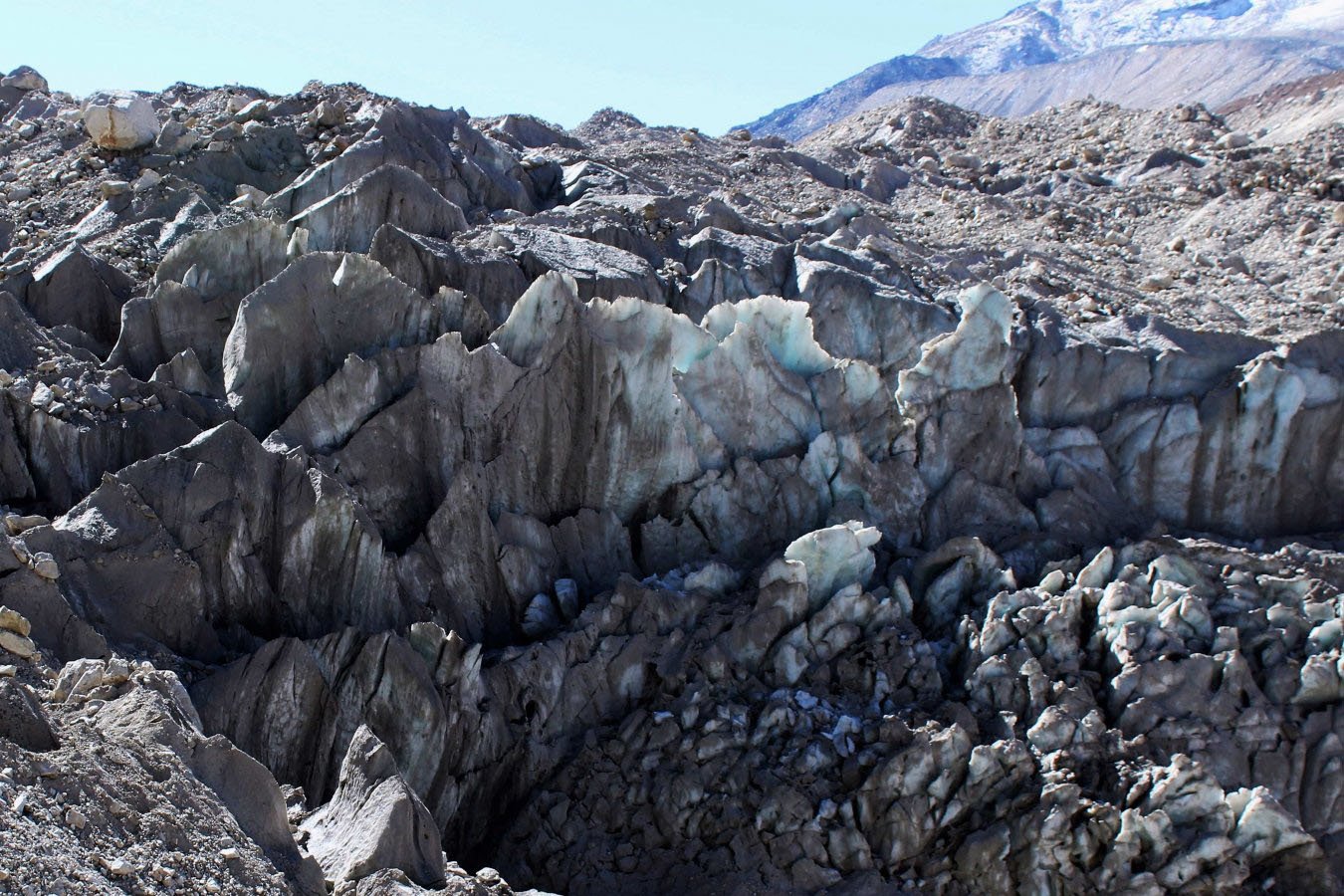 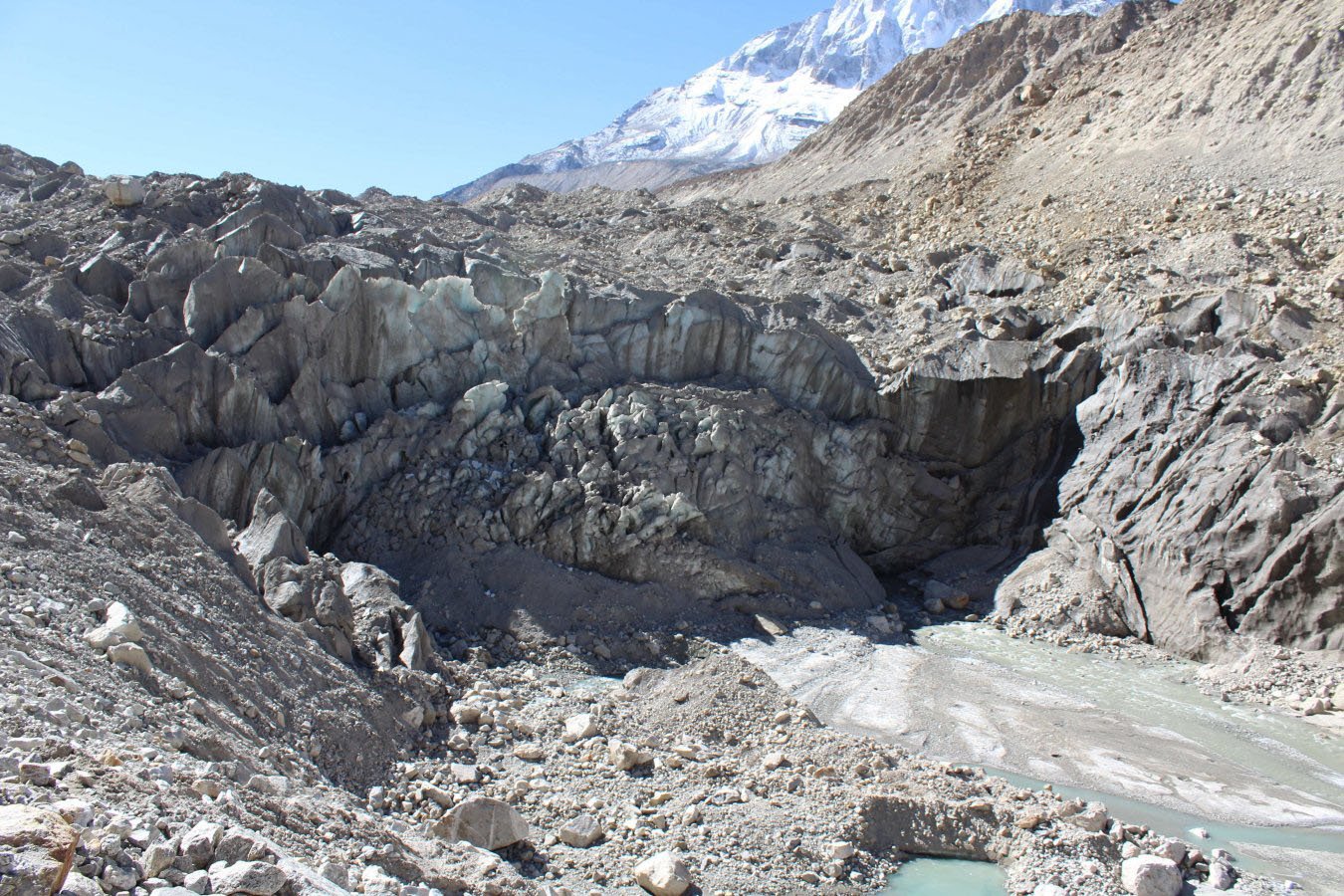 Finally, we reached Chirbasa at 5 PM. Only 4 KM was remaining now. If you are short of stamina you must spend the night at Chirbasa and start the next morning. We were having some stamina left so we started for Gomukh but the fact is from Chirbasa your every footstep is a milestone.

Baba's tent at Chirbasa - Stay price is 150INR per night 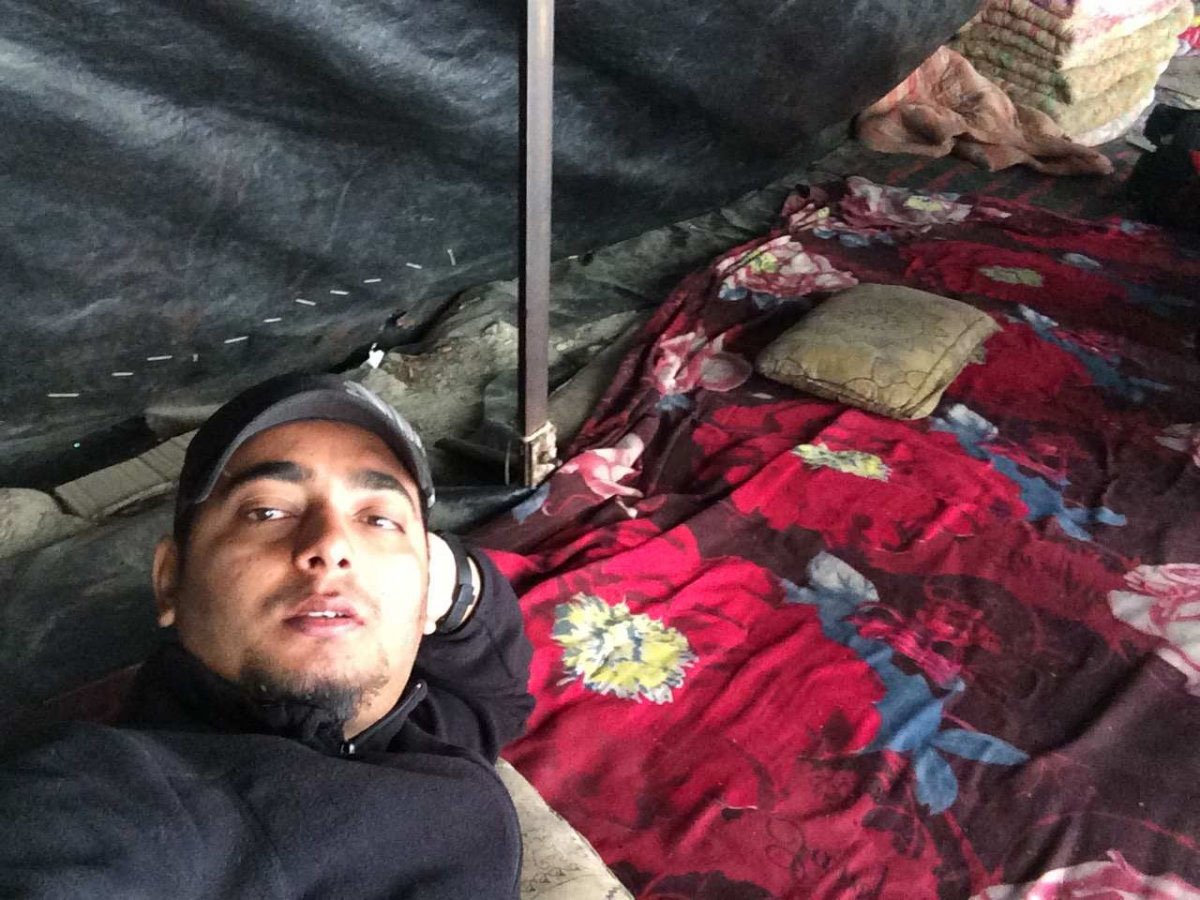 After Chirbasa while crossing the river we saw a family also they were from West Bengal and really struggling. There were a man around 55-60 years old, his wife and his daughter 25 years old + one insane guide, total of 4 people.

I was in no mood to go 50 meters back so I called him to come here.

in 5 minutes he came to me and asked for help. He said that guide was harassing his family and asking for more money. Or else, he will leave them in the middle of the jungle. He asked us to help and let them tag along with us.

To help them I gave her some dark chocolate, Revital, and a bottle of RedBull.

Then we had a fight with their porter also. We told him we will report this to the army and told few local names. 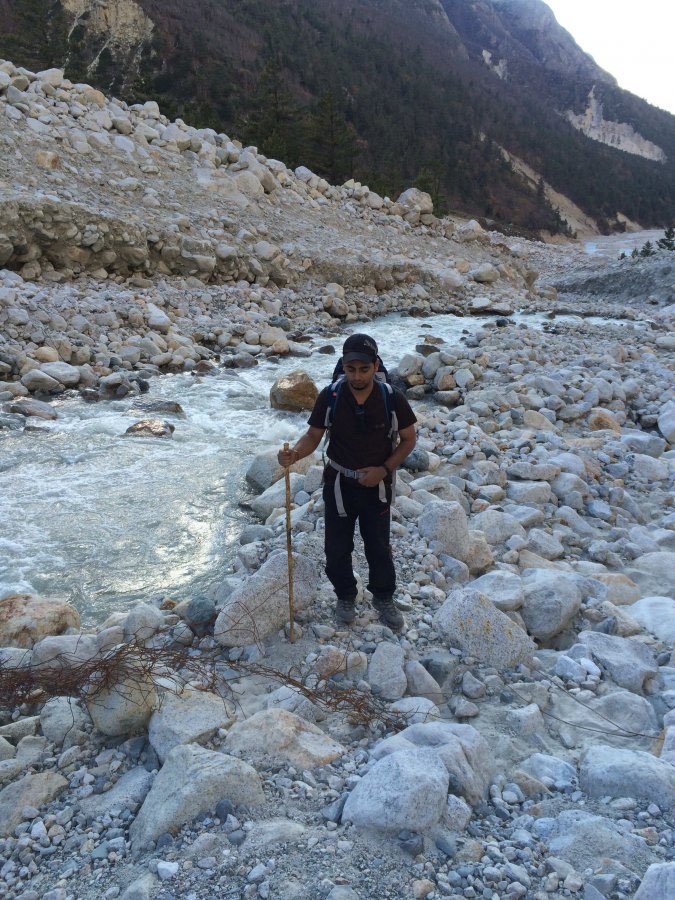 Time was spending very slow and it was getting darker fast. We all were exhausted so we decided to take a long break for 15 minutes. 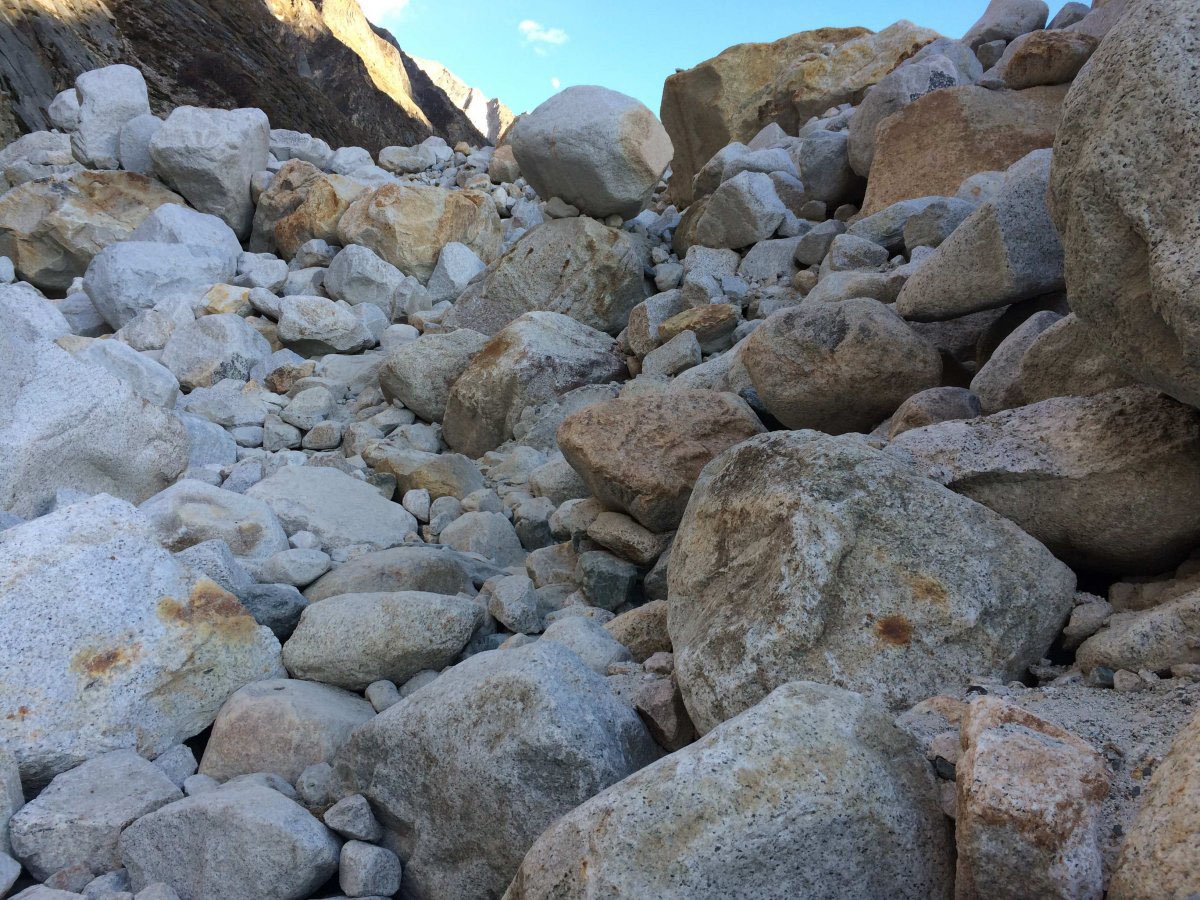 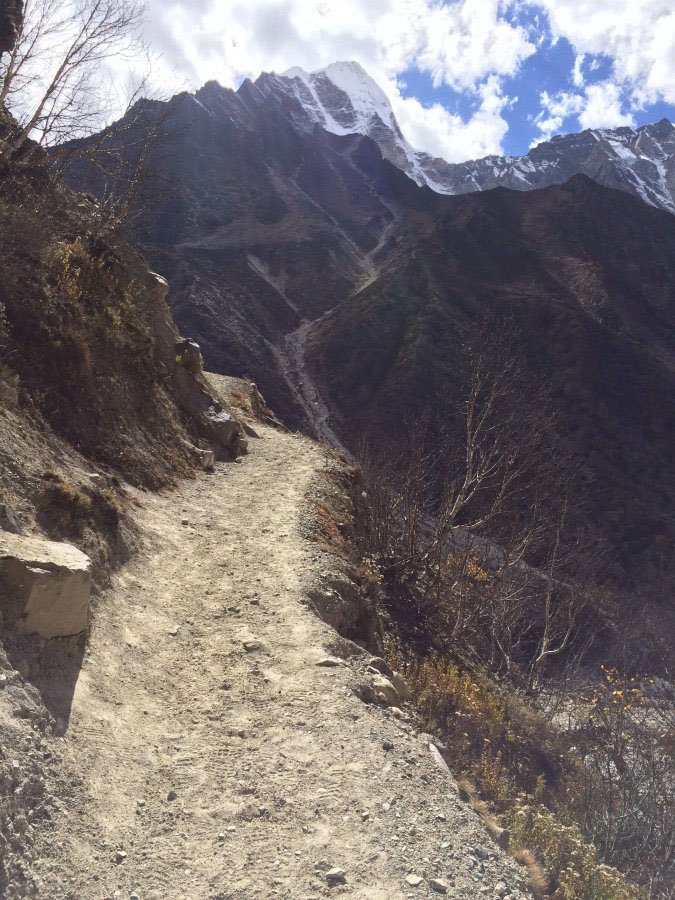 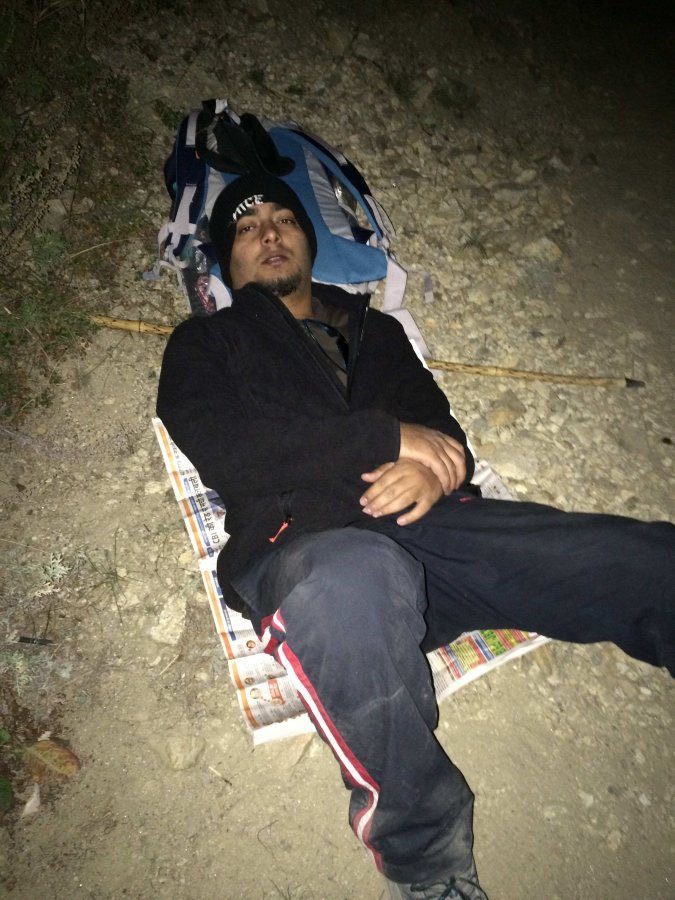 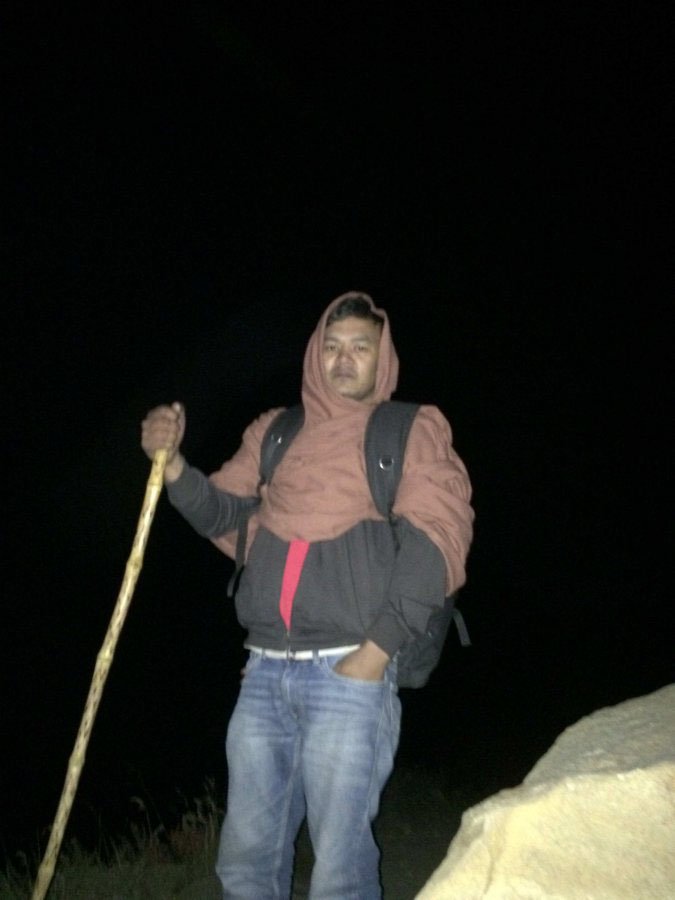 Because of the slow movement, we reached Lal Baba ashram Bhojwasa at 8:45 PM and people were preparing for sleep.

We told them the situation and about that family and guide. People there at baba's ashram also shouted at the guide refused to provide him any hospitality.

We were hungry so they served food. It was rice and pulse only and believe me it tasted like I am having something at heaven. it was one of the most delicious foods of my life.

Well, that family initially refused to eat without a vegetable. They were negotiating with Baba's guys and arguing that they are taking Rs. 300 and still not serving vegetables.

I was regretting that I helped this family

The next morning woke up at 6:30. After freshening up clicked some pics and headed towards Gomukh 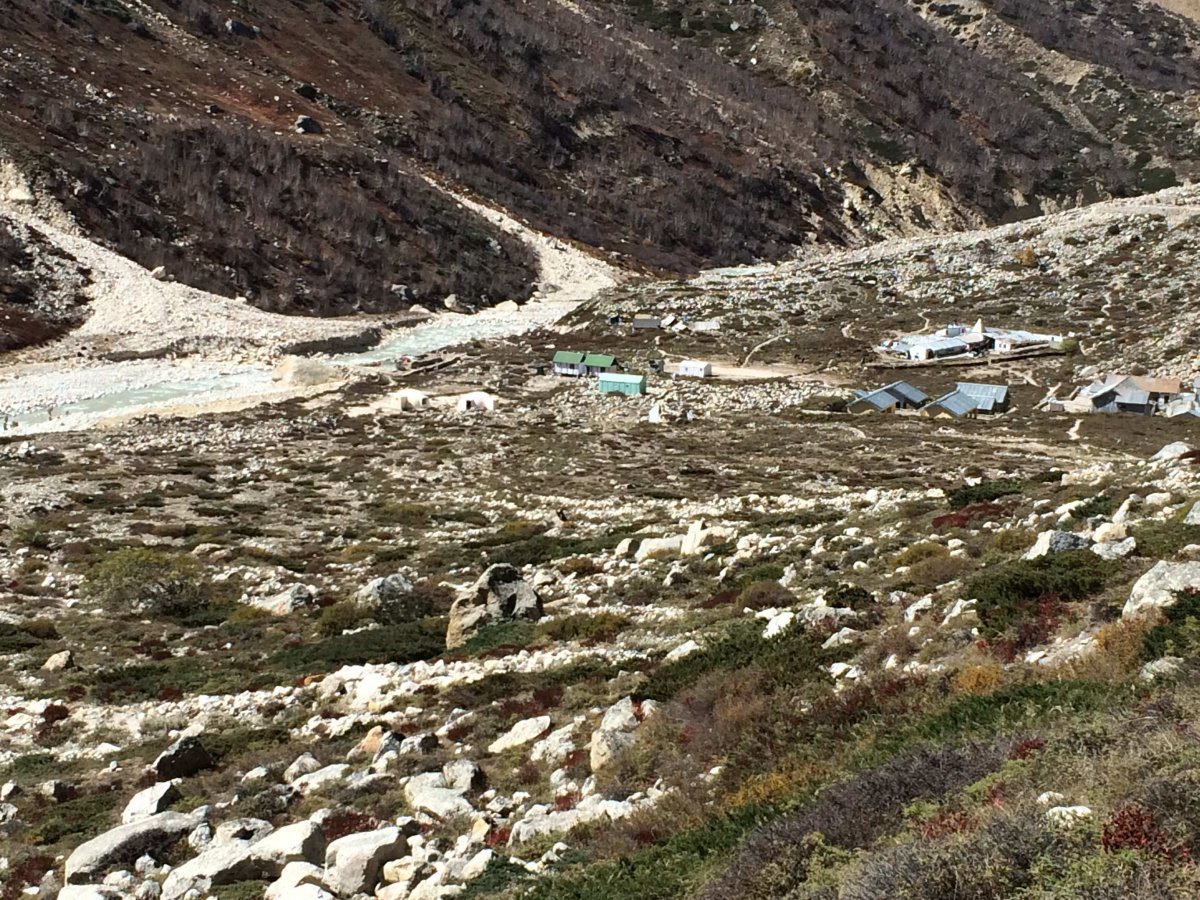 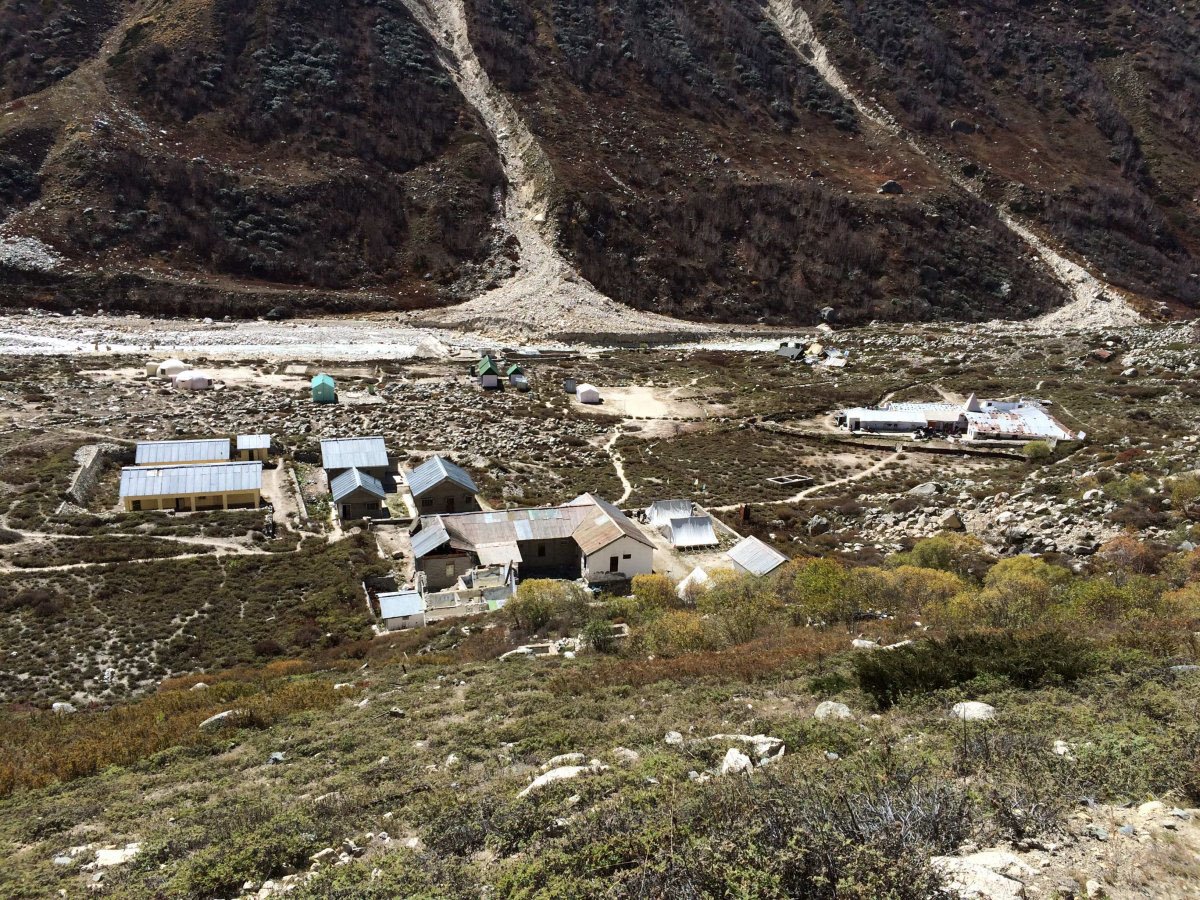 From Bojwasa to Gomukh is almost 2 KM with no road. You have to walk on the boulders only. With each step, you will gain altitude.

After moving 100 meters you will get a good view of the Trishul range.

Now Ravat Bhai will never ever say anything about cold 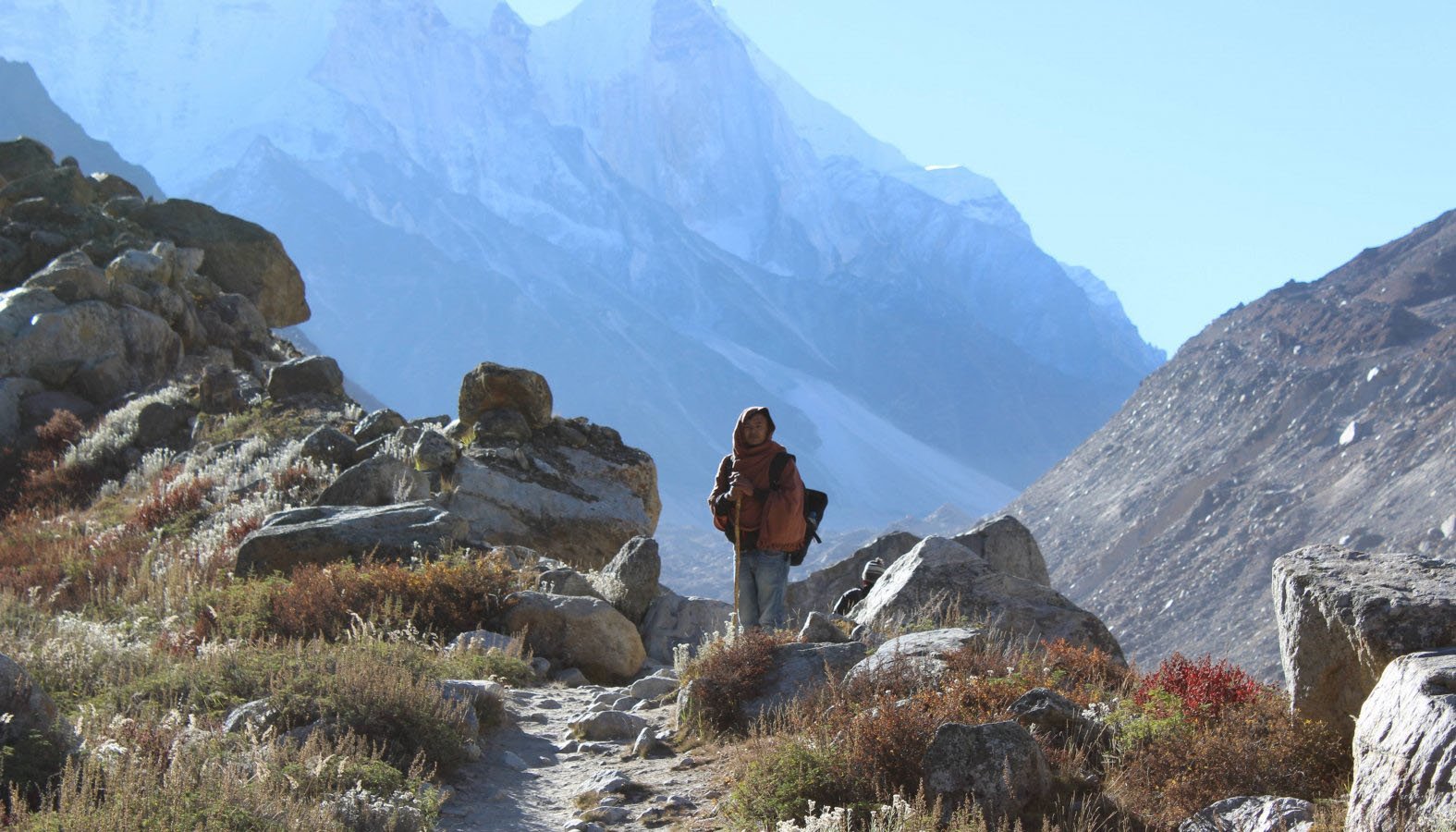 So we bowed our head and prayed to God, and thanked him for helping us in this wonderful journey. Rawat filled two bottles of holy water and we were set for the return journey.

No, we were not going to Tapovan. It was not in our plans and we didn't have a sleeping bag or tent for the worse case. We also did not have the permits for Tapovan.


This was the path that was more dangerous in descending 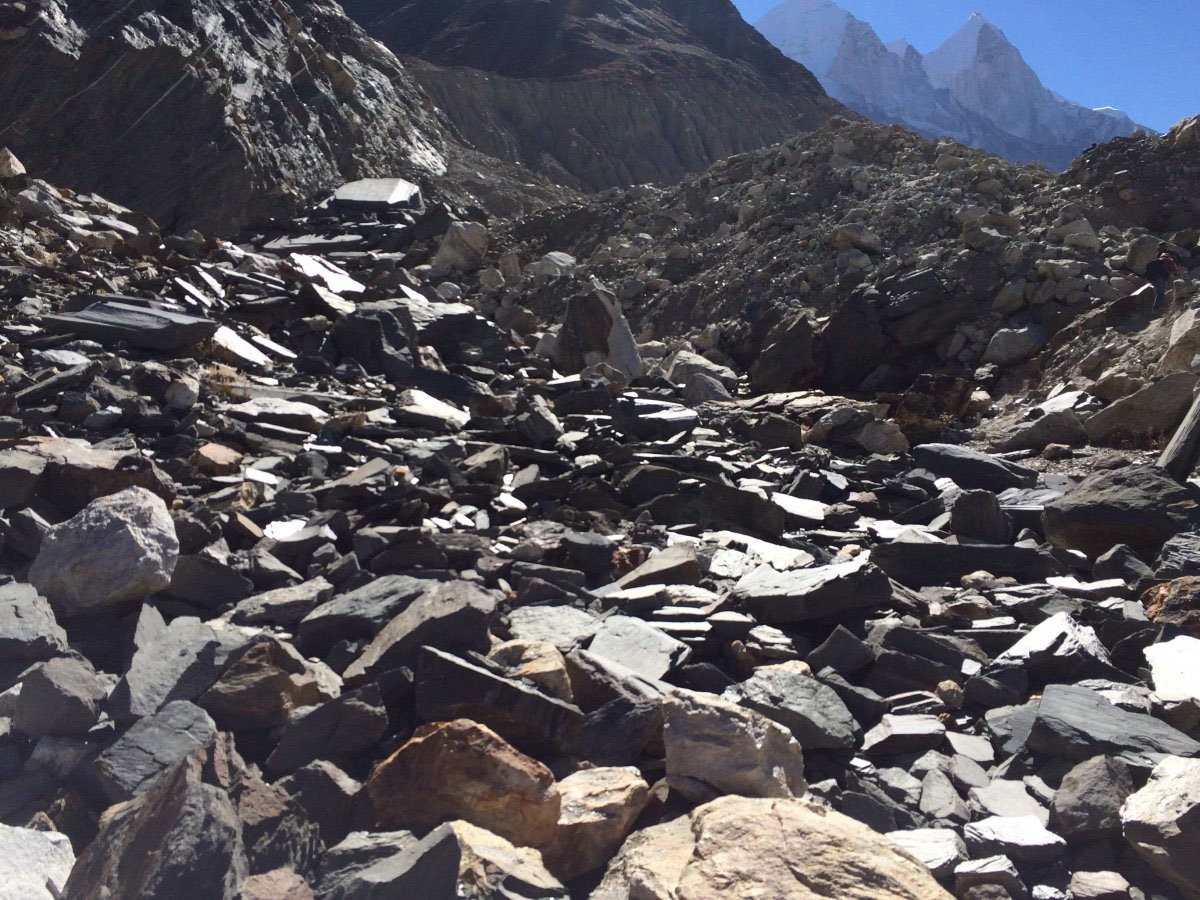 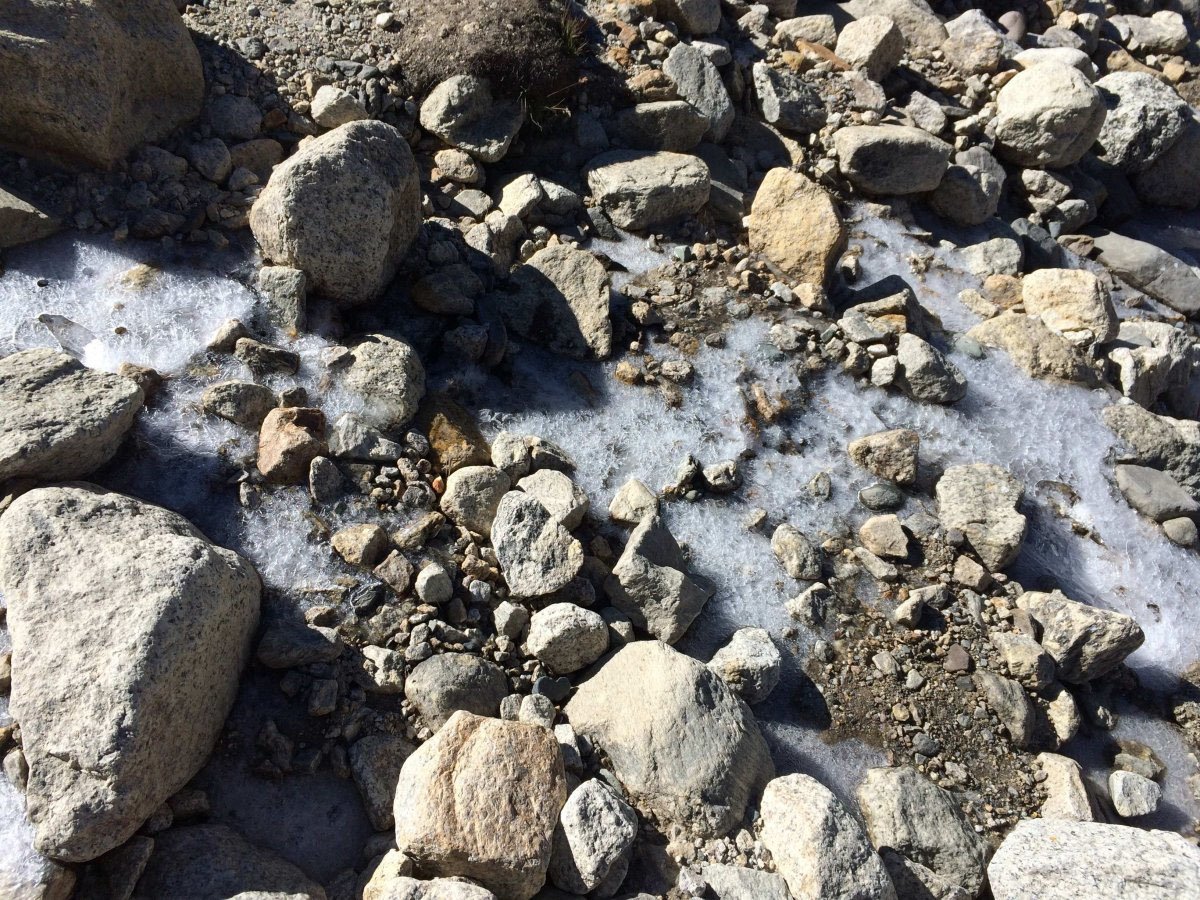 So the main thrilling part of the journey was over and we returned to Gangotri in the evening by 6:30 PM on the same day from Gangotri. We covered almost 20KM today.

Completely exhausted, we had a cup of tea and headed towards Mandakini Hotel.

I have already stayed in the same hotel so after some bargaining, he agreed to Rs. 300/night

I paid Rs. 50 and asked for hot water to take bath. Meanwhile, Rawat Bhai brought some eatables and after some gossips, we called it a day.

The next morning we were feeling fresh and confident

Today our main task was to find a bus or taxi to reach Rishikesh.

Since everybody was running behind each taxi it was difficult to reserve a seat but finally, we got three seats in a taxi.

We paid Rs. 500 for each passenger and in 5 minutes got another bus for Delhi.

It was Uttar Pradesh Parivahan Bus. The condition of the bus was really bad and it made the journey difficult.

Some people were drinking alcohol in the back seat. This bus was full of drunk people. We had some arguments also but again the bus driver told us to ignore them.

Around 12 AM we reached Delhi, said goodbye to each other, booked an OLA cab, and in 1 hour reached my destination, HOME.

That was it. It was one of the most adventurous trips of life. 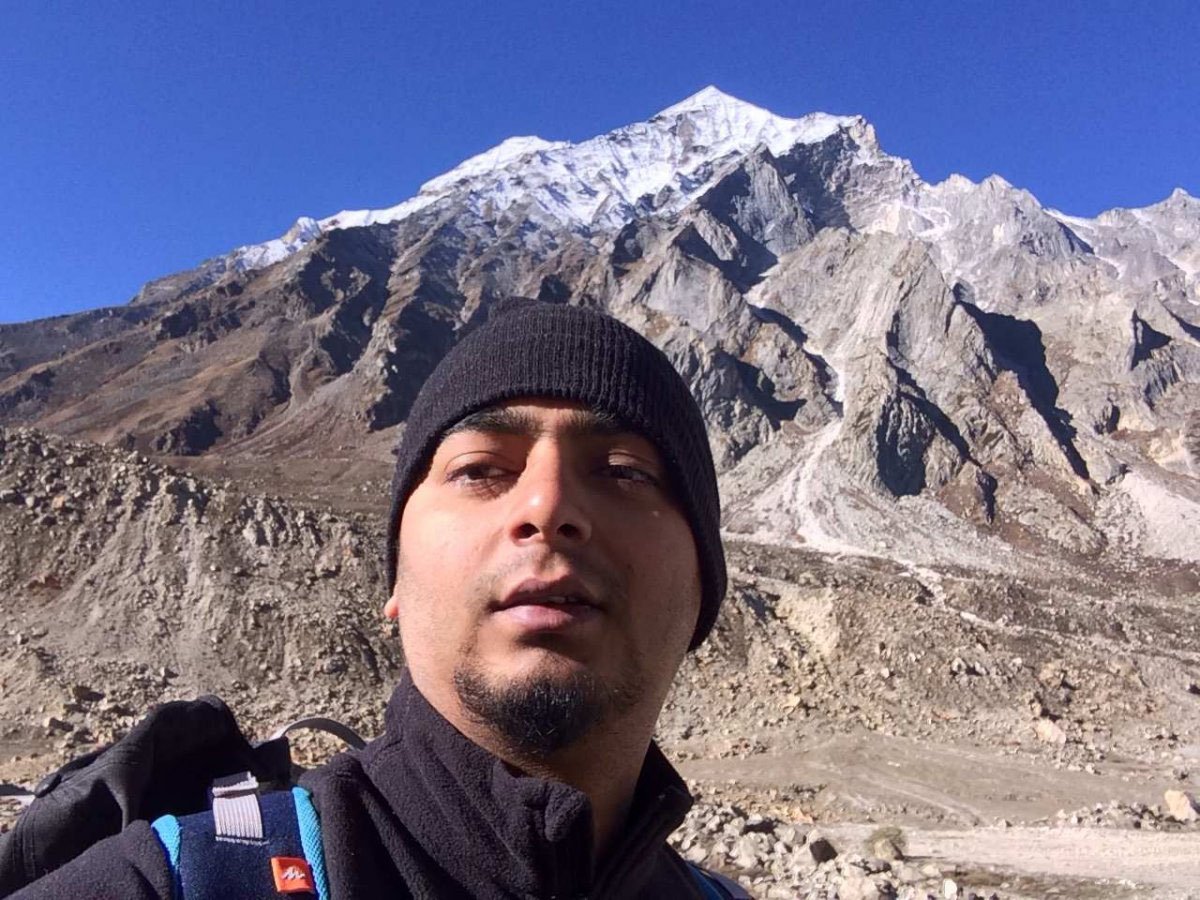 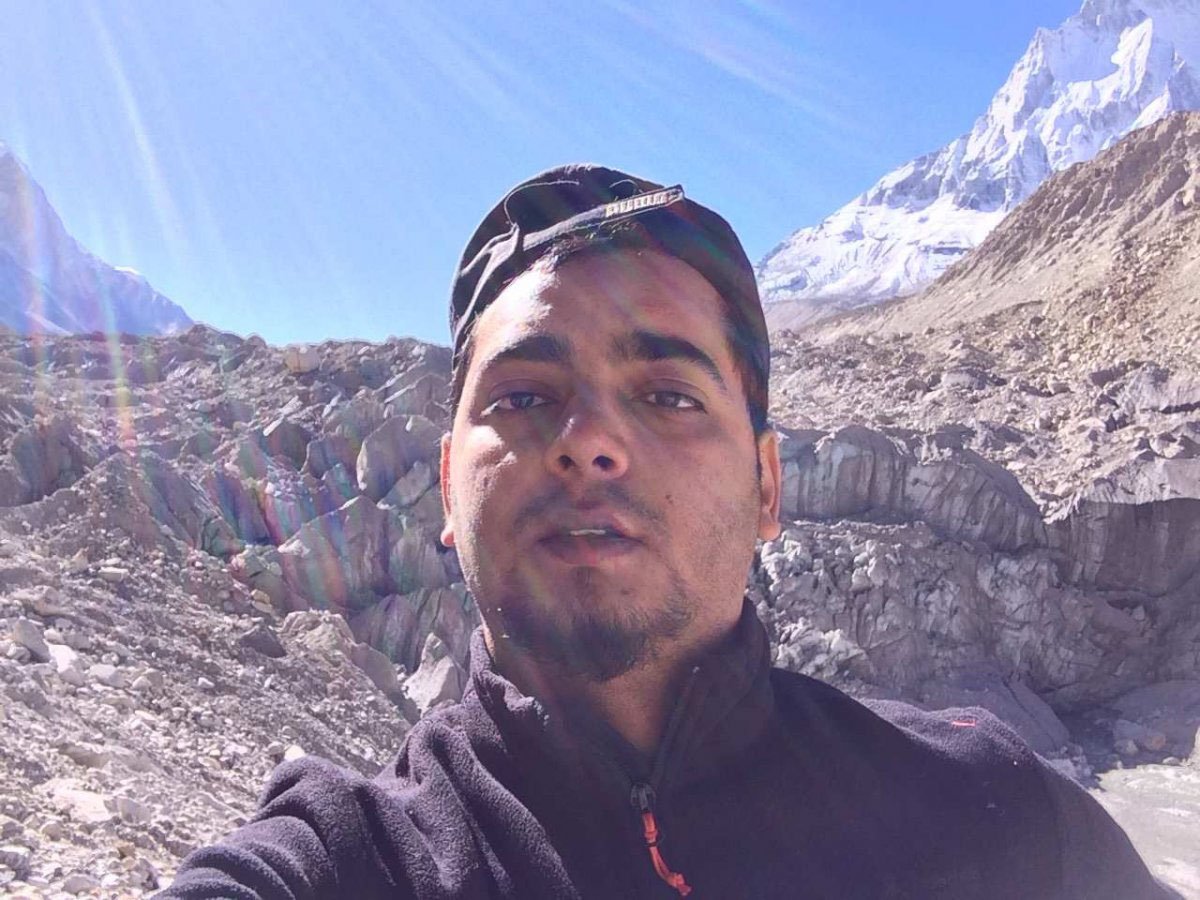 We have successfully completed this trip and would like to thank Rawat Bhai, Bidi wale uncle Ji, taxi driver, and many more people who helped us.


At last special thanks to Rawat Bhai because he was the one who felt all the ups and downs along with me.